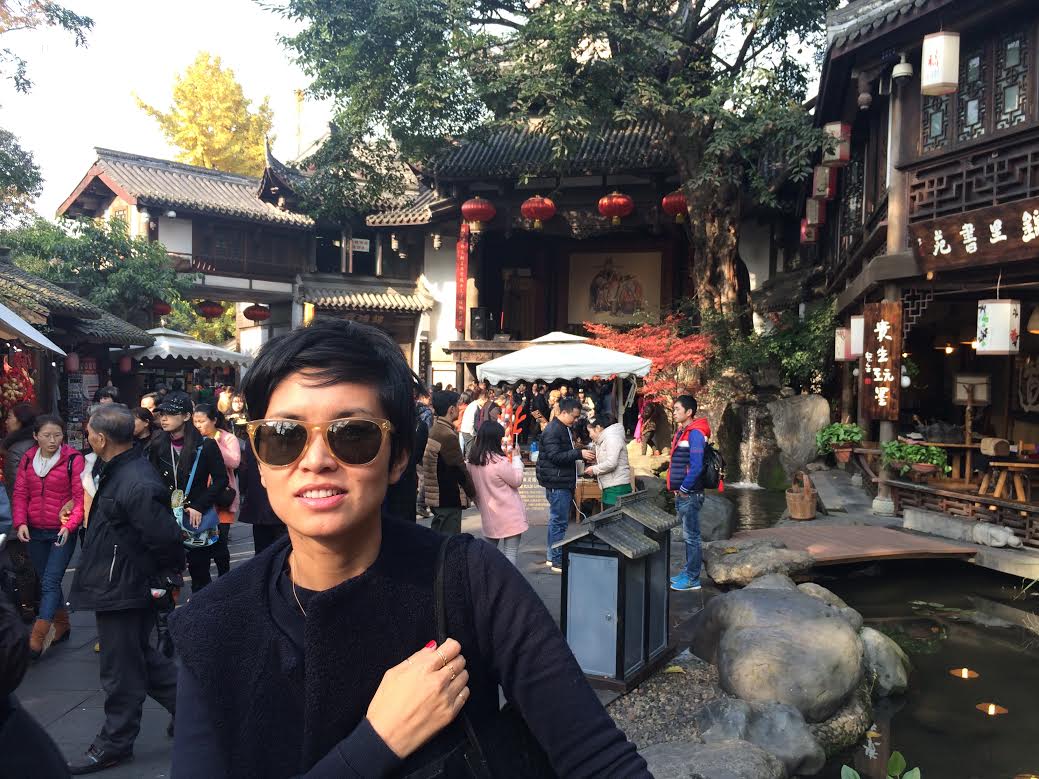 With the explosion of Chinese buyers in the U.S. residential market, two TOWN brokers are jumping on the trend, attending a luxury property showcase in Shanghai.

According to research from the National Association of Realtors, China accounted for $12.8 billion of the $68.2 billion in foreign real estate transactions in the US last year.

So far this year, Chinese buyers have accounted for 24 percent of the market share, an increase from a 19 percent share last year.

The Asian nation is the second largest economy in the world and there are over 350,000 millionaires currently living in Shanghai.

According to organizers of the Luxury Properties Showcase 2014 in Shanghai, those millionaires are investing 10 percent of their wealth into luxury real estate. More and more Shanghai-based home buyers are touring the world looking for real estate investments in the most attractive luxury real estate markets: North America, Europe, Asia-Pacific and the Middle East.

Hannah Han and Lindsey Stokes, both brokers at TOWN Residential, are looking to cash in on this trend during their trip to the Shanghai expo this weekend.

The showcase is known to be one of the most prestigious real estate expos for elite Chinese buyers and investors, offering a private preview of the world’s most exclusive real estate, according to the brokers.

The two will showcase some of New York’s most high-profile residential projects to potential buyers, including The Charles, at 1355 First Avenue, 40 East 72nd Street, 732 West End Avenue, and 53 Greene Street.

Attendance at the Shanghai event is by invitation-only. More than 5,000 people are expected to the showcase, which in addition to New York City, will feature properties from China, Canada, Australia, France and the UK, Italy, Cyprus, Spain, Portugal, Singapore, Thailand and Malaysia.

Han, a native of the Chinese capital of Beijing, has extensive experience working in both the Beijing and Manhattan real estate markets. She was already planning to attend the conference when she approached Stokes to join her.
“We met to discuss me going because she wanted to partner with someone,” said Stokes. “It worked out to be a great decision because 40 percent of my clients are international.”

The two decided to extend the trip to a week and a half, and also visit with Hong Kong investors interested in investing in New York City.

Han — who arrived in the Far East ahead of her colleague and was unable to comment for this story — had attended the showcase before.

“Our plan is not just to go one time, but to go twice a year,” said Stokes. She added that the plan is to obtain new clients, but she is also looking at the trip as a long-term endeavor.

“In April, there is a showcase in Beijing, so what we’ll do is similar to this visit; go to the road show, meet with previous clients and new people interested in investing. We have presentations for this trip set up, and we’re also going to meet with an insurance company.”

Stokes, who worked in finance for several years before becoming a real estate agent, made international contacts in that job, as well as from her undergraduate studies at Boston University, where there are a high number of international students.

“In terms of aesthetics, Chinese buyers like newer modern buildings, as opposed to pre-war buildings,” she said. “Most of the conversations with international buyers are about new development.”

Stokes and Han aren’t the only brokers finding success with Chinese buyers. Julia Jiang, a broker with Douglas Elliman — which recently partnered with Knight Frank Residential, which has offices in China, Hong Kong and Taiwan — works with a steady stream of Chinese clients.

“When I started in this business decades ago, I had no idea that one day China would be economically strong and people would send their kids to study on the East Coast,” said Jiang.

She first noticed the influx of Chinese buyers in 2009. “I had built a business relationship in Manhattan especially for Chinese, they like new condos,” she said. “People started coming in from then and have never really stopped.”

Through referral services and previous clients, Jiang has signed numerous new development deals with Chinese clients. The average price of property they buys ranges from $1 million to $5 million, she said.

Jiang, a native of China, said she feels lucky to be in the position she is and have so many referrals.

“I’m very solid in terms of whoever comes in town, I get the business done,” she said. Even if her Asian clients don’t come into town, she gets the business done — some buy condos sight unseen, trusting in the recommendation of a family friend.

“They said, whatever you buy, we’ll buy,” she said of a client who purchased a duplex in a building that was still in pre-construction. “Her family friends in China didn’t even come look. They just trusted her taste.”

Halstead broker Jeff Tanenbaum has several Chinese clients, and has even been asked to teach and train Chinese brokers in Beijing in the art of selling real estate.

“There’s a tremendous turnover for real estate agents in China, so we’re trying to imbue them with a sense of excitement in real estate and how to sell real estate, which would limit the desire to change careers,” he said.

Tanenbaum first started working with Chinese clients about five years ago, and said most of his referrals come to him through word-of-mouth.

“It starts with one or two buyers, you do a good job and then they refer, and refer again,” said Tanenbaum. “You’re opened up to a lot of contacts.”

“Our only competition in the states is in LA,” he said. With the lack of available land in China, the attraction to LA where a buyer can get a house and a backyard, and be closer to their home country is a draw.

“Most of my clients are Chinese families who can afford to buy outside the country, and want their kids to go to college and school on the East Coast, that’s their motivation for an investment property where they can rent that out before their kids go to college,” he said.

The number of Chinese students enrolled in U.S. colleges and universities increased by 21 percent in total to almost 235,000 students during the 2012-2013 school year, according to numbers from The 2013 Open Doors Report on International Educational Exchange.

Tanenbaum said in his experience, 99.9 percent of Asian buyers only want to purchase a condo, pointing to the flexibility of ownership allowing them to have a lot more freedom to do what they want with it, as opposed to a co-op.
“Most are used to small spaces in Asia, so size is never really as important,” he said of Chinese buyers’ tastes. “Midtown is very popular, probably more than the Upper East Side or the Upper West Side, they want to be near good shopping, restaurants and hotels.”

Many of his clients are married couples with children that are middle school-aged, who purchase condos in New York so by the time their children are attending college in the city, they will have a place to live.