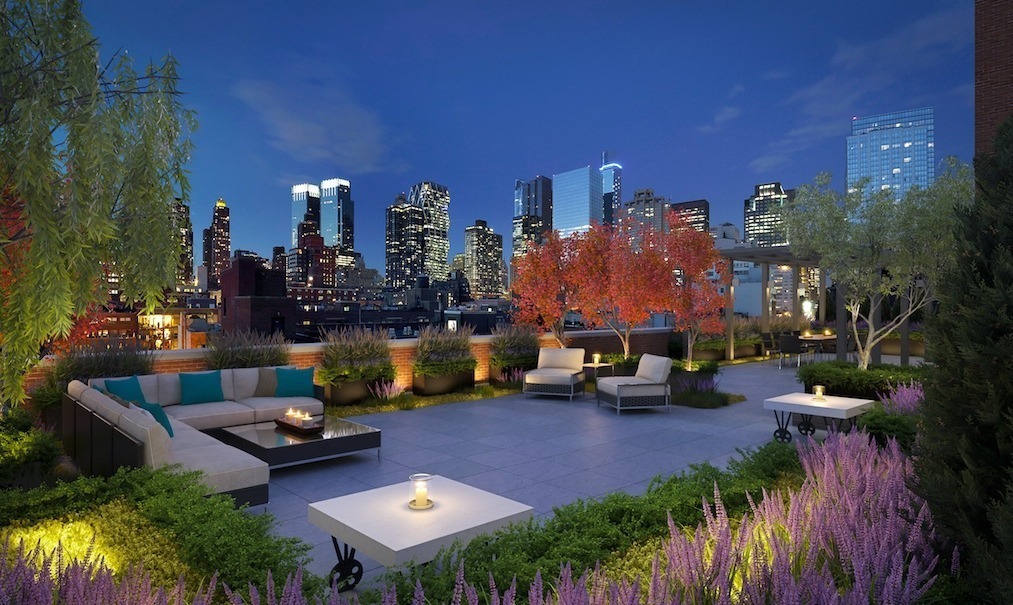 JVL Property Group, Okada Acquisitions and Zion Enterprises took a gamble when they turned this former hospital from a rental development into condos at the last minute. Now they are about to find out if the move was worthwhile.
Sales at the seven-story, 55-unit building 432 West 52nd Street launched in October, with prices ranging from $610,000 for a studio to $2.395 million for a duplex apartment with terrace. Stribling, the brokerage marketing the property, declined to say how many units it has sold so far.

The building’s sales record is a particularly touchy subject because it was billed as a rental development as late as a few months ago.

Developer Joseph Chetrit, who partnered with Tessler Development to buy the hospital in 2007, sat on the abandoned property for years after the market tanked in 2008. In early 2012, work finally began on the project. But shortly before its completion, Chetrit sold the property to JVL, Okada and Zion for $41.4 million in June 2014.

The new owners decided to sell the units as condos rather than rent them out. On first sight, such a conversion is hardly surprising, considering that profit margins for condo developments tend to be significantly higher in Manhattan.

But the conversion has its challenges. The building is clearly laid out for rental apartments. Of the eight available units included in the project’s brochure, six are studios or one-bedroom apartments and two bedrooms are the most any unit here yields.

The building lacks the spacious penthouses and extra bedrooms that usually allow for a hefty markup on condo prices. Instead, the developers are trying to bill a duplex on the first floor and sous-terrain level with a private yard as the project’s most luxurious unit. 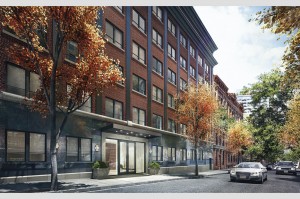 At $1,647 per s/f, the unit is somewhat pricier than the building average of $1,450. But while the duplex is spacious, it is also dark and the yard offers little privacy from the windows of surrounding buildings.

The one-bedroom and studio apartments on upper floors have more charm, and seem like a good fit for a neighborhood popular with young professionals.

A gym and a pretty rooftop terrace with views of Midtown add to the appeal – although they hardly stand out among the condo crowd.

Perhaps the biggest perk is the building’s location within walking distance from Columbus Circle, the Theatre District and Central Park. A map on the sales office’s wall shows a plethora of bars and restaurants, testament to Hell’s Kitchen’s recent emergence as a livable — if not quite hip — neighborhood.

The original hospital was built in 1934 as St. Claire’s Hospital and later renamed St. Vincent’s, until it closed its doors in 2007.

In the years following its closure, the building reportedly fell into disrepair.

According to DNAInfo, neighbors at one point complained about a rat infestation at the site, prompting Chetrit to tighten security.

Nowadays, the condo building with its slick, red-brick façade is a far cry from the derelict former hospital. It will be ready for move-ins in January.

By then, the developers and Stribling hope to have sold enough units to make the site’s vacant days a thing of the past микрозаймы и займы онлайн без отказа