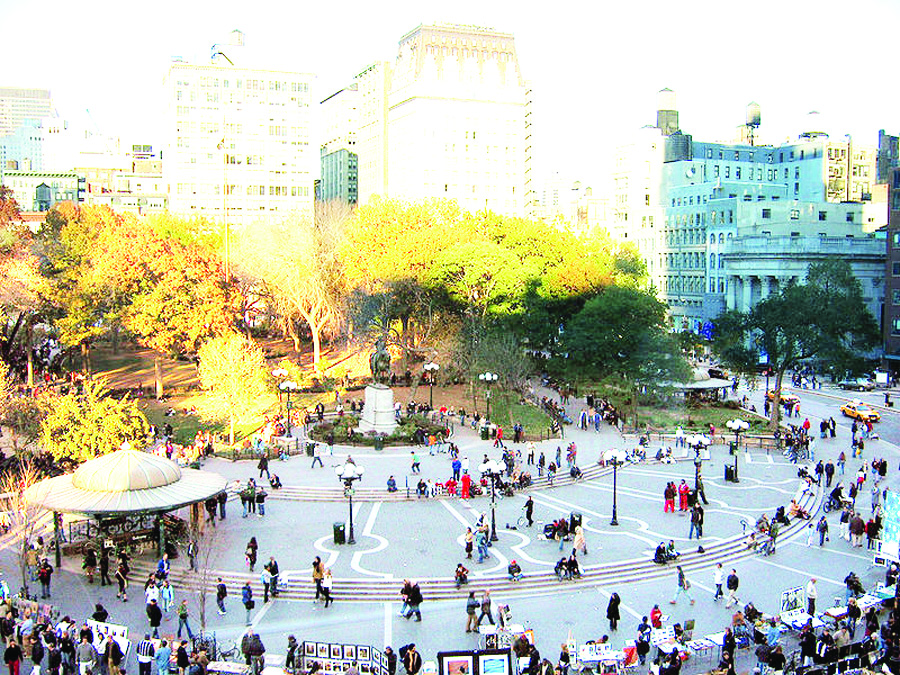 One of the places that every New Yorker is familiar with is also the place that cannot be defined — at least not in residential real estate terms.
Union Square isn’t so much a neighborhood, but an amalgam of its surrounding areas — those being Flatiron, Gramercy, Chelsea and Greenwich Village.
But a surge of new retail and commercial tenants are drawing renters and buyers alike to the area. 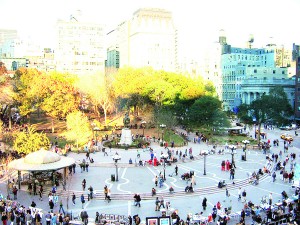 More than 70,000 people call the area home, 150,000 call it their office and 40,000 students call it their school, according to a 2014 commercial market report from the Union Square Partnership.

“We’re definitely seeing a huge increase in foot traffic,” said Jennifer Falk, executive director of the Union Square Partnership (USP).
“Union Square is one of those unique places in Manhattan that’s a real, thriving 24/7 community. There’s pretty much not a time of day or night when you can’t come to Union Square and not take part in something.”

Pedestrian activity in and around Union Square hit an all-time high this year with nearly 350,000 daily visitors and more than 35 million annual subway riders.
And the Union Square Citi Bike station is the city’s most-used station, according to a report released this month by the USP.

The Union Square Partnership defines the borders of the Business Improvement District (BID) as encompassing First to Sixth Avenues along 14th Street, up and around Union Square Park up to 17th Street.

“Many people use Union Square as a jumping off point to stop on the way home at Whole Foods, or shopping on lower Fifth between 14th and 18th,” said Falk.
Spring is the busiest season for Union Square, and the USP recently completed a $150,000 renovation of the safety surface of the park’s playground in under two weeks, and landscaping and increased sanitation efforts have all been undertaken in preparation for Spring and Summer. An estimated 50 new retail businesses have opened in the last year, including Soulcycle, Reebok’s new gym that will open soon at 1 Union Square South, and two locations of juice bar, Liquiteria.

Pavilion, an open-air restaurant located in the park on the north end, recently opened for business, and the popular farmer’s market is open all day, four days a week.
The Jefferson, a luxury condo building on 13th Street near 3rd Avenue, sold out this past December, with asking prices ranging from $795,000 for a 536 s/f studio to more than $3.5 million for a 1,233 s/f two-bedroom penthouse.

“The opening of that location has definitely spurred a lot of secondary leasing activity throughout that part of the district,” said Falk.

Midtown South saw the largest share of tech leasing in recent months, accounting for 43.9 percent of NYC’s activity, the USP report cited. Ground floor commercial vacancy in the BID is at a low of 2.9 percent.

Celebrities who call the area home include Scrubs’ star Zach Braff, who purchased and subsequently renovated a 2,500 s/f apartment at 850 Broadway in 2008. The Big Bang Theory star Jim Parsons lives nearby at 36 Gramercy Park, where he purchased a $1.82 million apartment in 2011.

More than a dozen cultural attractions entice visitors both young and old, with the Baruch Performing Arts Center providing theater, concerts and lectures year-round and housing the National Yiddish Theatre Folksbiene and the Alexander String Quarter.

Among other must-see stops are Swann Auction Galleries, a third-generation family business and now the largest specialist auctioneer of works on paper in the world; The Peoples Improv Theater, which presents original comedic shows seven nights a week; and, the Museum of Sex, which presents the history and evolution of human sexuality.

“It’s one of those things where you do a search in the computer and there’s no such thing as a designation for Union Square,” said Citi Habitats agent Corlie Ohl. “So everything around it is part of the search.”

Ohl, who works in the company’s Gramercy office, has watched the neighborhood grow in the past few years.

“I’ve seen the area develop a lot more, there’s a lot more retail filler in the street, instead of just having the best restaurants right there, there’s a lot more real businesses that have come in,” she said. Many prospective renters and buyers that Ohl speaks to are looking for loft-style apartments in the area, of which there are many options.
“If they are attracted to brand new development, there’s a couple of amazing buildings coming up surrounding the square that are skewing the market,” said Ohl. “All of these are being priced beyond what anyone can afford in the real world. They’re meant for high-end buyers and are usually limited.”

But there are options — if somewhat meager. A quick search Ohl did in the Citi Habitats’ system yielded two listings for one bedroom apartments, with an average price of $995,000.

“We’re very lucky to have a lot of opportunities to have people who have different needs and price points to be able to fit into certain areas,” she said.
“I think people are attracted to that area because it is the center of the city and they can get anything they want and walk there.”