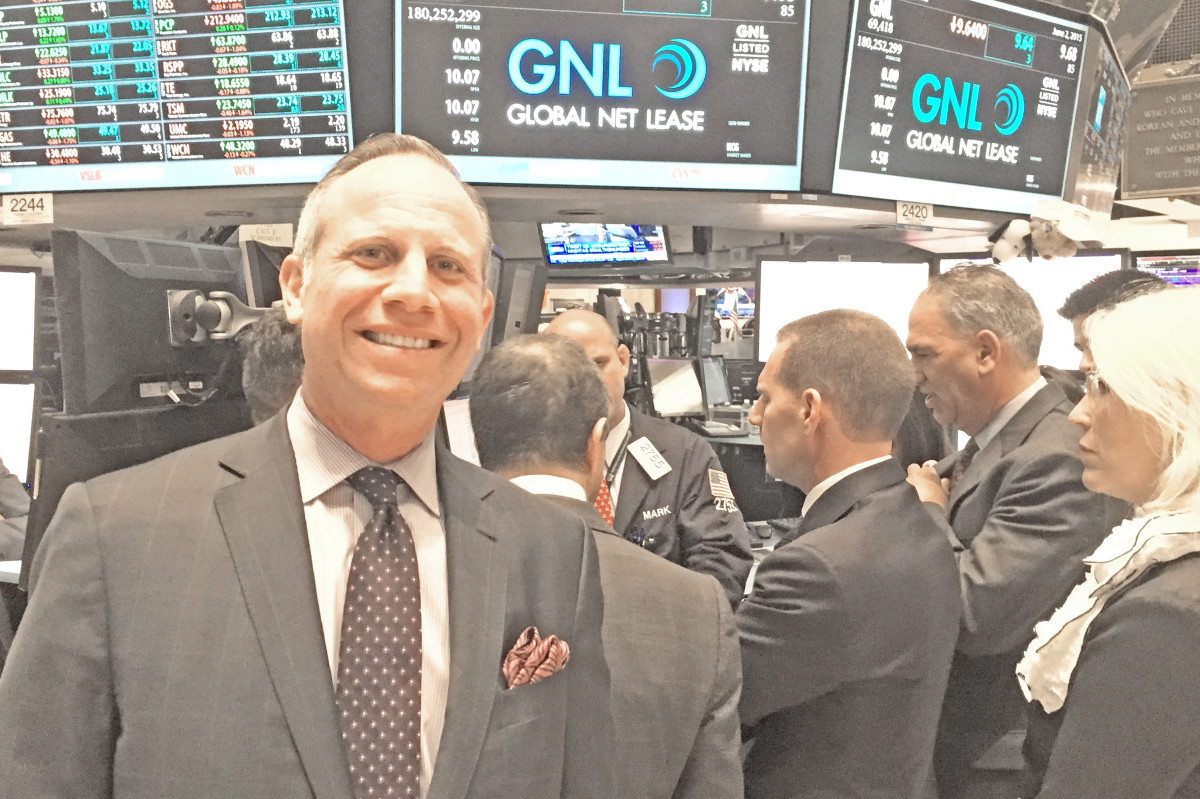 Less than five months after a change in leadership, American Realty Capital Global Trust is undergoing a transformation with a new name and a listing in the world’s largest stock exchange.
The company, which was once a cog in the complex web of companies under real estate investor Nicholas Schorsch, has changed its name to Global Net Lease.
This breaks the pattern of like-sounding names for companies once controlled by the embattled real estate chief.

“We wanted to have a name in the marketplace that would accurately reflect the strategy of this business,” said Scott Bowman, the company’s CEO.

Schorsch, who was once the exective chairman of the company’s board, was replaced by William Kahane last February. Kahane was eventually replaced by Sue Perroty, who was appointed non-executive chairman less than four months ago. The Maryland-based REIT also announced its listing in the New York Stock Exchange. The move comes after a fund-raising effort in June of last year that collected $1.8 billion from investors.

“We believe it’s a great opportunity for us to provide liquidity for shareholders. To give them an option of what they want to do,” Bowman said.

“We also now have access to public markets and, over time, we will be looking to restructure our debt as available in the public market place. From day one, we built this company with the intention of having an investment grade-quality balance sheet. And we will be talking with the ratings agencies over the coming months and discussing the potential to get an investment grade rating.” The company used the investment to acquire a portfolio worth $2.4 million. Currently, it has over 300 assets that amount to 16.5 million s/f. The company’s biggest acquisition was for the Essen headquarters for German energy company, RWE. The deal, the details of which remain undisclosed, involved the company’s office building and four neighboring structures.

The firm’s business is split between the US and four countries in Europe (Germany, the UK, Finland and the Netherlands).

Their investment is currently split 60-40 between the US and Europe. However, company executives expect investment to even out between the two territories with $200 million earmarked for Europe this year.
The listing comes as the amount of sale-leaseback deals in the US tripled from $3.4 billion in 2009 to $10 billion in 2014.

Analysts believe that more and more companies are using sale-leasebacks to help fully recover from the recession. They’re taking the money tied up in real estate and investing in other parts of their company instead.

With business on the upswing, the company seems intent on distancing itself from past turmoil.
“We were able to raise funds, $2.4 billion dollars, and secure this opportunity for our investors. The person you were mentioning (Schorsch) is not a member of our board, is not an officer or member of management,” Bowman said.