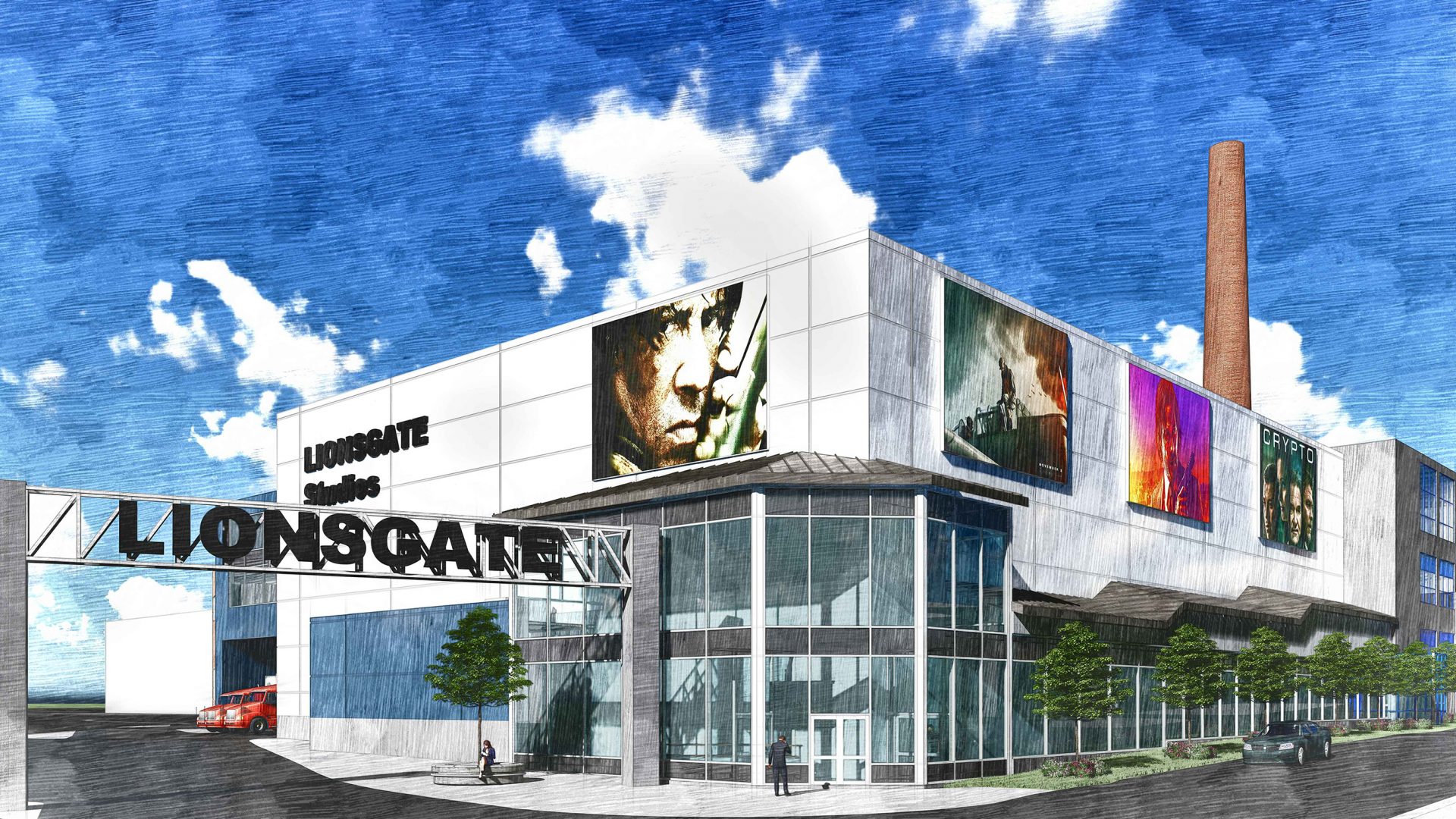 Lionsgate, and its partner Great Point Capital Management, is set to break ground on a new 109,000 s/f movie studio after gaining full approvals from the city of Yonkers.

The development, which is being built on the parking lot of the iPark complex, will include 70,000 s/f of studio space and 38,600 s/f of ancillary spaces.

The project is anticipated to create between 285 to 420 full-time permanent jobs as well as 400 construction jobs.

The Board of Directors of the Yonkers Industrial Development Agency (YIDA) has given preliminary approval of financial incentives for construction of the studio complex.

“According to the industry experts, a lot of the talent wants to be in the New York metro area and Yonkers fits very well into this model. We think this project will have a transformational effect on the downtown of Yonkers,” said project developer Joseph Cotter in a presentation to the IDA Board.

He noted that the multiplier effect for this type of development is one of the highest in the industry.

It is estimated that the development will create some $65 million annually in economic development due to the additional companies that will relocate to service the studios such as caterers and production people.

“We are very excited to have this transformative project in our downtown. This development will position the City of Yonkers as the New York area’s premier filming destination,” said Yonkers Mayor Mike Spano who serves as Chairman of the Yonkers IDA.

Great Point Capital Management, a media-focused investment fund run by Robert Halmi and Fehmi Zeko, and Lionsgate are partners on the project. Lionsgate will be the anchor tenant and investor and hasnaming rights to the studio.

The full service, modern entertainment complex will include three 20,000 s/f and two 10,000 s/f stages, a fully operational back lot and the opportunity to create a location-based entertainment property similar to what Lionsgate has already established in China, the Middle East and elsewhere around the world.

The studio complex will be located less than 30 minutes from Manhattan on the Hudson River in downtown Yonkers.

The site is situated along the newly created Saw Mill River Plaza and next to the new Yonkers train station.

Lionsgate CEO Jon Feltheimer. “It’s rare to find a studio facility in such a prime New York metropolitan area location, and we look forward to being at the center of film and television production growth in the region.”

Demolition: One of the last ways to deregulate a building