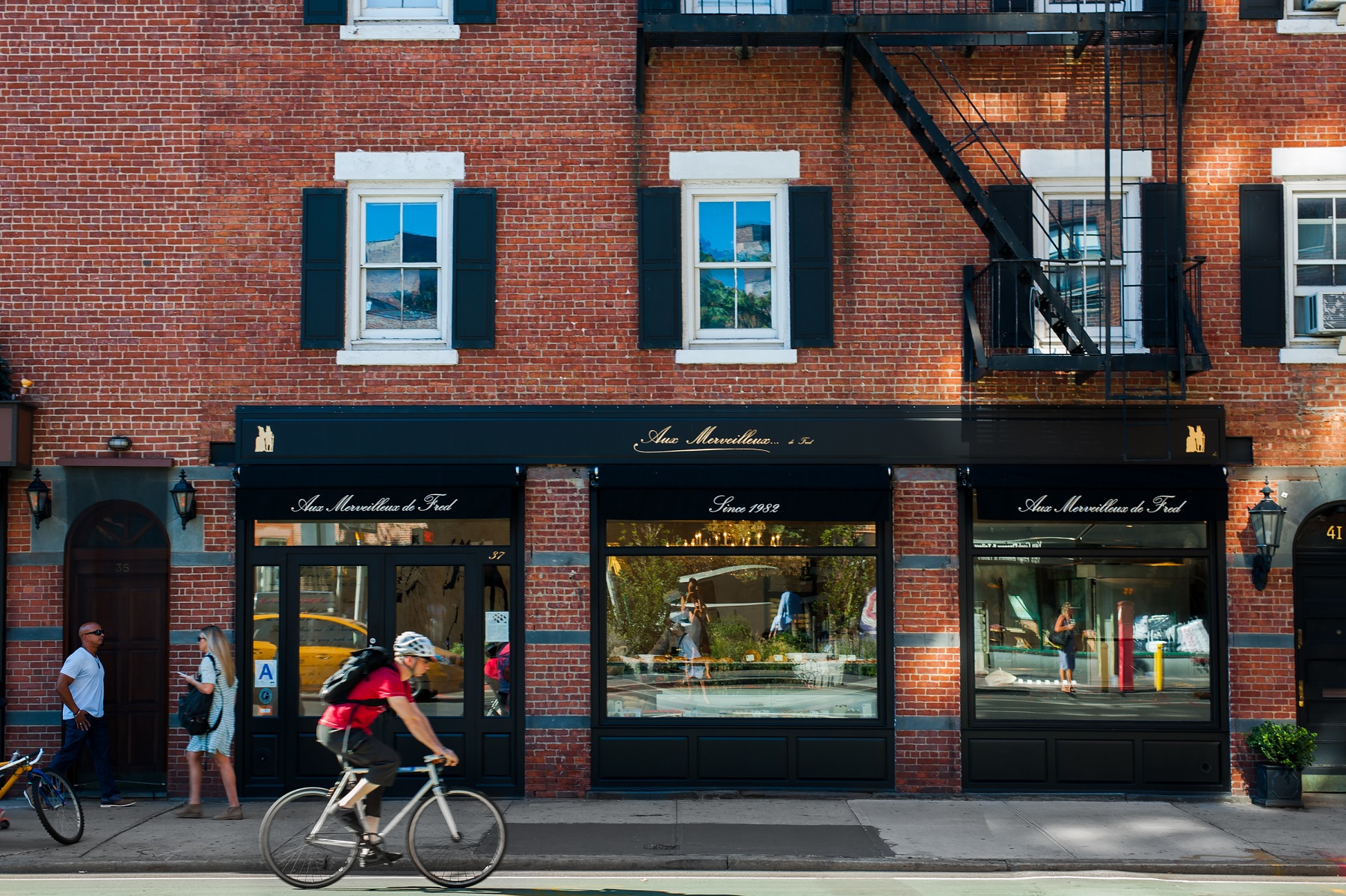 ABS Partners Real Estate has arranged a 2,850 s/f lease for upscale bakery and café, Aux Merveilleux de Fred, at 1001 Avenue of the Americas at the corner of 37th Street.

The store represents the second outpost in Manhattan for Aux Merveilleux de Fred and, at three times the size of its West Village location (pictured top), will be the new flagship location.

“We had significant interest from various food tenants but quickly honed in on Aux Merveilleux de Fred,” said Tergesen of ABS.

“The upscale aesthetic combined with the sought-after baked goods that have been known to draw long lines at both the baker’s West Village and European locations will be a strong draw in this heavily trafficked area.  And, the corner location allows the proprietor to showcase its products in a visually interesting and interactive format via 100 feet of wrap-around frontage on Sixth Avenue and 37th Street.”

The chain was founded by chef Frédéric Vaucamps is credited with popularizing the Merveilleux, an airy, layered meringue mound coated with sweet whipped cream and enveloped in a variety of coatings.

Aux Merveilleux de Fred will occupy 1,500 s/f of ground floor space and 700 s/f of mezzanine space as well as 600 s/f of lower level space, representing a portion of a 10,000 s/f space formerly occupied by a bank branch.

The remaining space consists of one 1,492 s/f location which will be vented for a food use, and 6,500 s/f of space – including approximately 5,200s/f on the lower level – which is well-suited for a fitness, wellness, conference or medical use.

The interior ground floor storefront can also connect to the building’s lobby enabling the user to integrate with office tenants.

Lenwich continues to spread out across New York