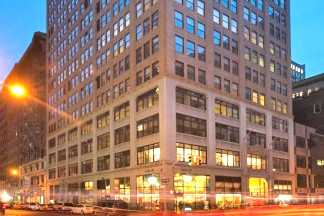 In the first transaction, the debt broker negotiated $160 million in permanent financing for the Moinian Organization and Thor Equities to refinance the office building at 245 Fifth Avenue in NoMad.

The seven-yearloan was provided by life insurance company AIG Global, according to published reports, and features three years of interest-only payments and a fixed-rate of 3.99 percent.

The transaction was negotiated by Meridian senior managing director Drew Anderman and senior vice president Alan Blank, who are both located in the company’s New York City headquarters.

The 26-story, 314,000 s/f class-A office property was constructed in 1926, occupying the southeast corner of Fifth Avenue and East 28th Street in the NoMad neighborhood.

245 Fifth Avenue is the tallest building in the immediate area and its art deco architecture features multiple setbacks providing the interior spaces with great views and light.

Tenants of the building, which include technology, healthcare, media and finance companies, all benefit from direct access to the Flatiron and Madison Square Park submarkets, two of the most highly desirable office, residential and entertainment neighborhoods which also provide convenient access to numerous forms of transportation.

“The new financing replaces a bridge loan on the property and allows the sponsorship to capitalize on low rates while availing themselves of interest-only payments,” said Anderman.

The seven-year loan, provided by a life insurance company, features a rate of 3.55 percent and two years of interest-only payments, followed by a 30-year amortization schedule.

Completed in 2015, The One is a 35-story, 439-unit luxury multifamily property located at 110 First Street in the Powerhouse Arts District of downtown Jersey City, NJ.

The building is close to the Holland Tunnel and the PATH and has outdoor amenities that include a landscaped rooftop with a swimming pool, lounge, barbeque and fire pits.

“Given the class-A nature of the asset and the tremendous strength and reputation of the sponsorship, lenders competed heavily for this credit opportunity, ultimately allowing Meridian to negotiate highly favorable terms from a balance sheet lender,” said Shelby.