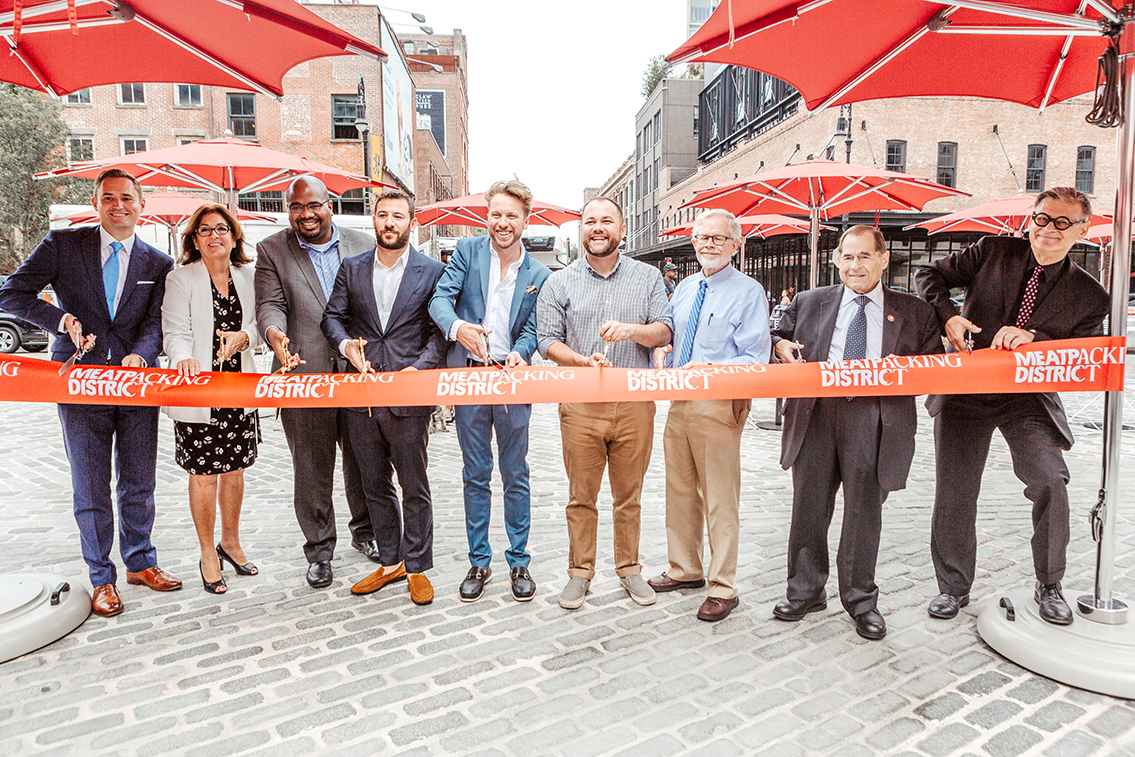 The project was designed by award-winning landscape architecture firm Ken Smith Workshop, managed by the Department of Transportation and executed by the city’s Department of Design and Construction. It was made possible with approximately $20 million of funding provided by New York City, New York State and the Federal Government.

Jeffrey LeFrancois, Executive Director of the Meatpacking BID who will be responsible for overseeing the continued beautification, maintenance and programming of the district noted, “This project marks another moment of transformation for the Meatpacking District. After an intense seven years of planning and advocacy, we are thrilled to return the neighborhood to the people who live, work and gather here.”

The landscaping will include upwards of 30 trees and 2,600 shrubs and perennials. In addition to cosmetic enhancements, there was extensive upgrading to infrastructure: repaired and replaced water mains, catch basins, sidewalks and streets.

When asked about his approach to creating the design, Ken Smith commented, “It’s exciting to work on a project that has to consider the area’s rich history and take the end user into account in our changing city. Creating spacious cobblestone, pedestrian plazas with large planters bring a scale that recalls the industrial and manufacturing nature of the neighborhood. Thanks to the commitment of historic preservation, this project has allowed for yet another iteration of the Meatpacking District.”

Smith added, “I like to think the design reflects the history of this place, but at the same time is very much contemporary in spirit.”