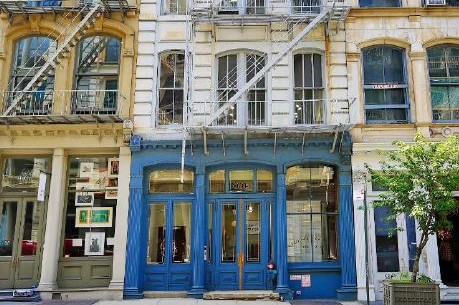 The 11,000 s/f property, which sits between Greene and Mercer Streets, changed hands in an all-cash transaction that comes to about $1,576 per s/f. The unnamed buyer acquired the building at a discount. In June of last year, the five-story building was listed at $21 million.

The property, which was simultaneously marketed for lease, contains 2,500 s/f of retail on the ground floor and 8,500 s/f of commercial space on the floors above. According to Cushman & Wakefield, the building has a sublevel that is used for client selection and textile storage. It is currently occupied by decorative fabric manufacturer Sunbury Textile Mills. The company sold the building to Roseland for $4.4 million in 2004.

“There was a great deal of interest in this gem in the heart of SoHo. We worked closely with ownership to accomplish this sale to meet their very specific time constraints,” said Cushman & Wakefield’s Robert Burton, who brokered the sale with James Nelson.

The deal comes as Soho hosts a slowdown in investment sales. According to Cushman & Wakefield’s third quarter market report, retailers are struggling to afford operating in the neighborhood, resulting in a spike in vacant retail units. During the period, the number of vacancies reached 160 units. The asking price for retail space was also expected to drop as owners develop more realistic expectations.

Report: 2017 set to be a good year for real estate tech sector