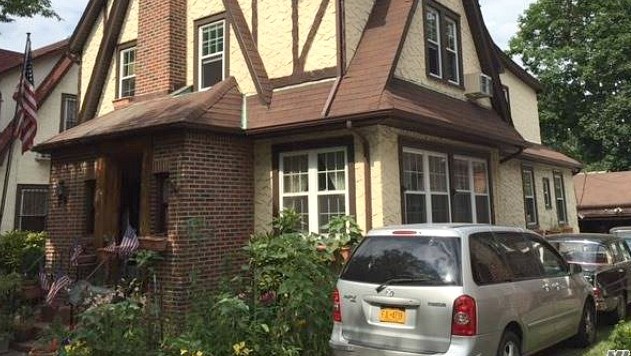 BILLIONAIRE money manager Lew Sanders closed on the biggest New York apartment sale of December.
His $60.8 million purchase of #88 at 432 Park is the second highest sale ever recorded in the building developed by Harry Macklowe and CIM.
According to the December market report from CityRealty, the second highest sale of the month was #PH18 at 551 West 21st Street for $34.6 million.
The third-highest sale was for a co-op, the $22.5 million #PHAB at 791 Park Avenue.
This is only the second time a co-op was one of the top three sales in a given month in 2016.
Overall, December sales numbers fell to 746 from 807 units, a 7.5 percent drop.
Average price for an apartment overall, however, rose to $2.3 million, up from $2.1 million from the previous month.

Donald Trump’s childhood home in Queens is up for grabs again, after being sold last month to a mystery buyer for $1.39 million.
The five-bedroom Tudor-style home at 85-15 Wareham Place in Jamaica Estates (pictured top) will be sold at an auction by Paramount Realty USA, with bids due by January 17.
The home where the President-Elect spent part of his childhood features a brick and stucco exterior. Inside, the doorways are arched and there are hardwood floors, a fireplace, a formal dining room and detached two-car garage.

Manhattan View at MiMA has partnered with Chinese-American social media guru and influencer VERAWANGxNYC to host an educational seminar for brokers to learn everything they need to know about WeChat.
WeChat is a global social media and communications app that many brokers are unaware even exists.
Chinese-American lifestyle blogger and social media influencer VERAWANGxNYC will host WeChat 101 and teach agents how to optimize their business and connect with international clients. The free event will be held on January 18 from noon to 2 p.m. at Manhattan View at MiMA at 460 West 42nd Street.
For details, email info@manhattanview.com