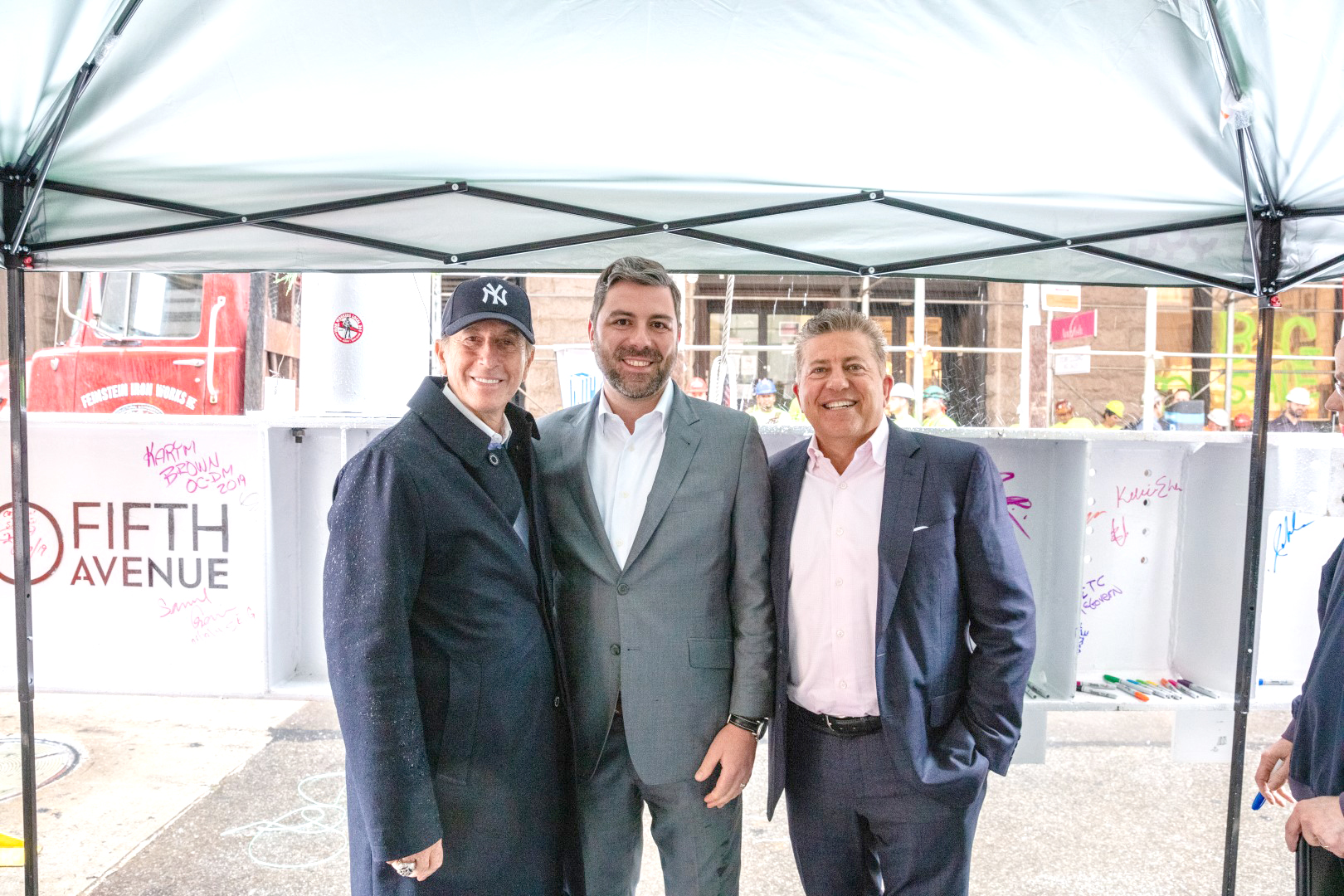 L&L Holding Company Chairman has celebrateed the topping out of 150 Fifth Avenue, the future home of Mastercard’s expanded technology hub.

The new construction is part of an ongoing, multi-million dollar building-wide renovation and modernization initiative at the landmarked 11-story property, located between 19th and 20th Streets in Midtown South’s Flatiron District.

With 150 Fifth Avenue, L&L, along with its construction manager OCDM and architect STUDIOS Architecture, is transforming the existing 19th century building into a more open, collaborative and efficient working environment for Mastercard, which will occupy the entirety of the 212,500 s/f building.

At the conclusion of the ceremony, the final beam of steel, which had been signed by all the members of the 150 Fifth Avenue team, was lifted approximately 170 feet to the top of the new rooftop structure.

“Working with OCDM and STUDIOS, we set out to reinvent 150 Fifth Avenue as a center for innovation and creativity in the heart of the Flatiron District,” said Levinson.

“When we laid out our ambitious plans for this redevelopment, we envisioned it as the perfect opportunity for a forward-thinking company to fully occupy, program and brand a boutique Midtown South property. We are thrilled that Mastercard shared that vision and chose our building as the new hub for its growing digital and technology group.”

In addition to the column-free office space being constructed at the top, L&L is creating multiple landscaped rooftop terraces for Mastercard employees.

OCDM is also overseeing a major reinvention of existing space, highlighted by an expansion and redesign of the lobby, modernized elevator and mechanical system, and the removal of multiple interior walls throughout the building.

The entire project is expected to be completed at the end of 2019.

“Working with L&L and an incredible team of architects, engineers and contractors, we are creating the most modern and collaborative office environment possible while also preserving and enhancing 150 Fifth Avenue’s stature as a 19th century landmark,” said Ninnis.

In addition to 150 Fifth Avenue, L&L is currently developing the Norman Foster-designed 425 Park Avenue and serving as an equity partner and developer on the redevelopment of TSX Broadway in Times Square,

In addition, L&L recently acquired Terminal Warehouse, a historic former warehouse complex that is in the process of being transformed into a cutting-edge office and retail destination in West Chelsea.