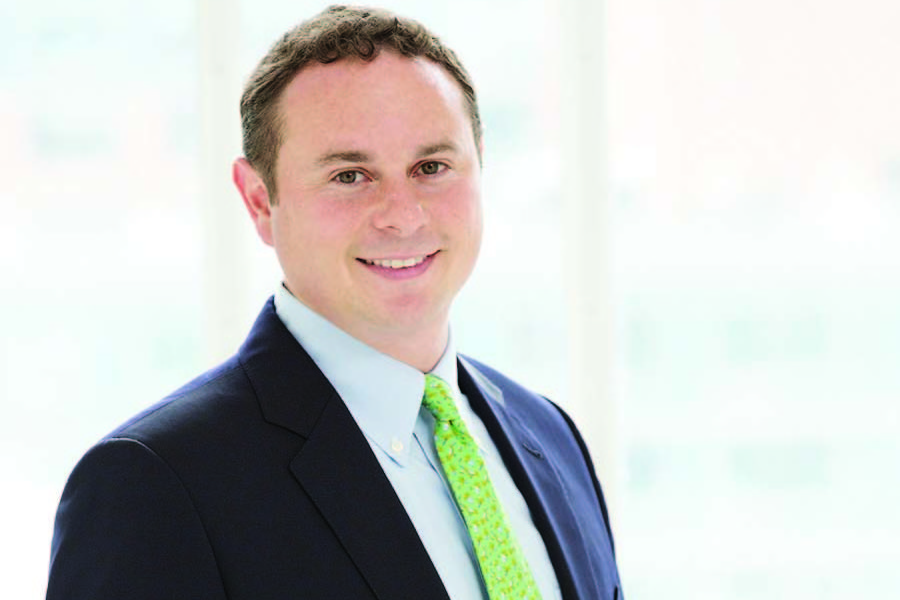 Level Group’s Jeremy Swillinger on getting creative with marketing methods

Level Group agent Jeremy Swillinger is finding success with some creative marketing that has potential buyers and sellers taking notice.

One of his most successful strategies was mailing out thousands of pieces of broken vinyl records (with sharp edges softened, for safety) with an accompanying note that read “I’m breaking records everywhere.”

“It jogged people’s interest,” said Swillinger. “I got dozens of calls, while a typical mailing would get maybe one call.”

The idea came from a sale he brokered that set a precedent for price per square foot on the Upper West Side. Though most of his business comes through referrals — he estimates about 75 percent — the interest drawn from the clever mailings soon created a domino effect.

Business for Swillinger takes him all over the City. Last year, about a quarter of his deals were in Brooklyn, ten percent were in Long Island City, and the rest in Manhattan. He said in the $4 million and above range, it’s definitely a buyer’s market, while in the middle market range, it’s more of a seller’s’ market.

Swillinger came to New York City via Columbus, Ohio, where he went to college. Born and raised in Cincinnati, he got his first taste of real estate as an intern at a local real estate firm doing both residential and commercial deals.

He comes from a family of attorneys and entrepreneurs. His father and grandfather owned apartment complexes in Ohio, and he was always interested in how it was managed, having seen the nitty gritty of being a landlord.

“It was always something that flirted in the back of my mind,” said Swillinger.

He moved to New York City after graduating college with no job and no friends, but he soon got his start in the residential market working with Toni Haber, the Compass broker who was with Douglas Elliman at the time. The real estate veteran took him under her wing and showed him the ropes.

“There’s no real estate sales for dummies book, I learned it from the ground up,” he said. “That’s how I learned what New York offered. I didn’t know streets, avenues, buildings, nomenclature for every neighborhood. I think I was lucky enough to work for someone so knowledgeable, I took a lot away from it.

“I thought I was going to move back to the Midwest, it’s hard to take that out of a person that left,” said Swillinger. “Fifteen years later, I’m here, married with a kid.”

In 2007 Swillinger went to work with Citibank’s real estate group. He was handling valuations for privately held real estate partnerships. The position helped him learn the financial aspect of the business, crunching numbers and learning how to appraise and value different kinds of properties.

At the same time, he was also working with Douglas Elliman on the side. As the years went by, his residential work kept growing, and he decided to go full-time in real estate and joined Level Group.

“They allow me to do whatever I want,” he said. “I have a mind and background of creativity and I think outside the box with my marketing strategy. Some of the bigger firms don’t welcome that.”

Many of Swillinger’s clients are in the fashion and oil and gas industries, but his main niche is with clients in the financial sector, a nod to his background in finance.

Now a decade into his career, Swillinger, who bought a home and moved to Long Island City in 2012, is still passionate about real estate.

“One of the reasons why I appreciate the real estate industry is that every property, every person you meet has a different background, a story behind them,” he said. “I think it’s a wonderful part of the puzzle. Helping to advocate for a client making one of the biggest decisions in a lifetime, to be an influence in those moments, it’s heartwarming.”