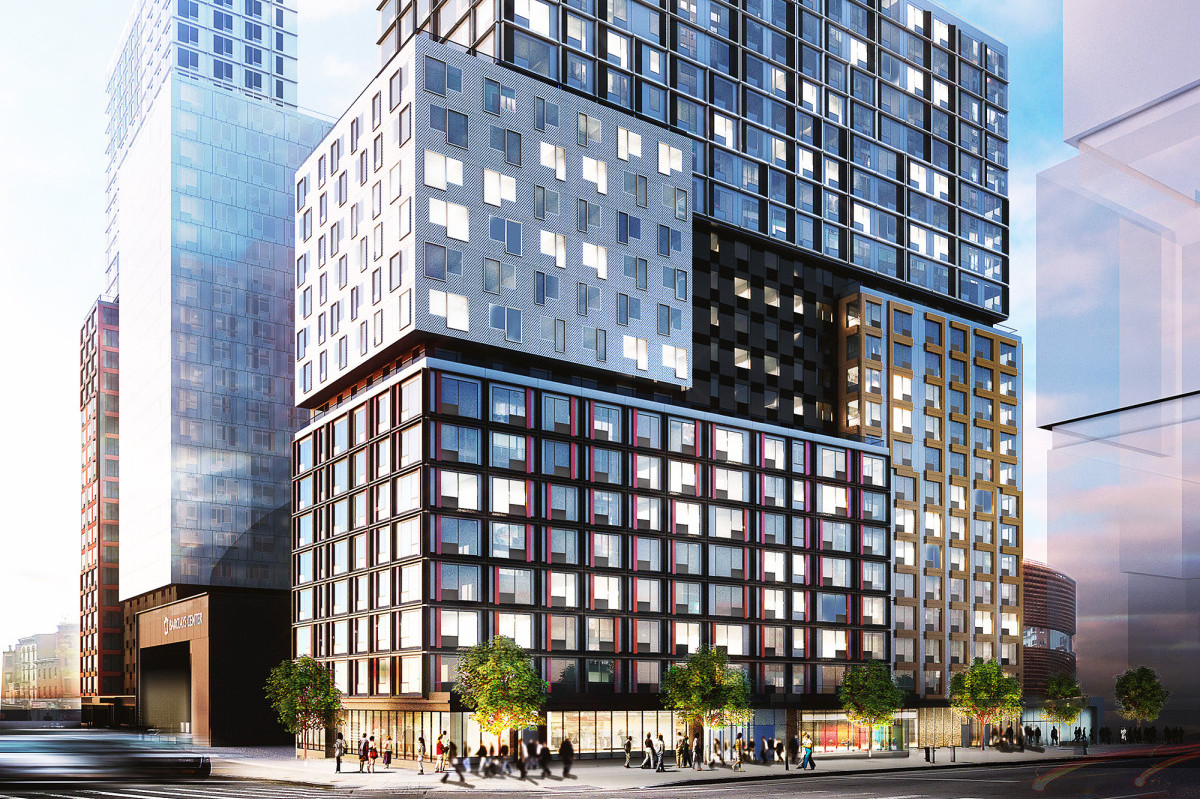 Greenland Forest City Partners, the joint venture developing the Pacific Park Brooklyn project, has closed on financing for the construction of 38 Sixth Avenue, a 303-unit, 100 percent affordable apartment building, and work has begun on the building.

Designed by SHoP Architects, 38 Sixth Avenue (formerly known as B3) is the third building that Greenland Forest City Partners has broken ground on since December 2014 at Pacific Park Brooklyn, including 535 Carlton, a 100 percent affordable apartment building, and 550 Vanderbilt, a market-rate condo.

MaryAnne Gilmartin, president and chief executive officer of Forest City Ratner Companies, the New York-based subsidiary of Forest City Enterprises, said, “We couldn’t be happier with the progress we are making to achieve our commitment to affordable housing as an integral part of Pacific Park Brooklyn. We all know that the need for this housing is critical and we are very proud to be working with the State and the City to bring this housing to market.”

“We’re very excited that Greenland Forest City Partners is moving aggressively to fulfill their commitment to a fast-tracked timeline for the delivery of affordable housing,” said ESD President, CEO, and Commissioner Howard Zemsky.

For construction financing of 38 Sixth Avenue, the New York City Housing Development Corporation is providing an $83 million first mortgage loan for the building through the issuance of tax-exempt government debt obligations funded by Citi Community Capital.

The first building at Pacific Park, 461 Dean Street (formerly known as B2 BKLYN), broke ground at the end of 2012 and will include 50 percent market-rate apartments, 30 percent middle-income and 20 percent low-income units. 461 Dean Street is being developed by Forest City separately from the joint venture.

Construction on the second residential building, 535 Carlton, began in December 2014. It will be 100 percent affordable, with 50 percent middle-income, 20 percent moderate and 30 percent low-income units. More than a third of the apartments at 38 Sixth Avenue and 535 Carlton will be sized for families.

Construction of 550 Vanderbilt, which is a market-rate condominium building, also began in December 2014.

DONE DEALS: Allison gets to the heart of the deal