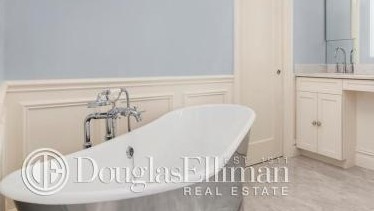 New York City public records today (Wednesday) published the deed transfer for the two bedroom, 2-bath on Mercer Street, which was listed by Douglas Elliman agent Kirsten Jordan and sold within a month of hitting the market in April.

The Zero Dark Thirty star bought the 1,284 s/f co-op for $1.2 million in 2012, shortly after her break-out performance as a pushy wanna-be socialite in The Help with Viola Davis and Emily Stone.

The pre-war duplex has an open kitchen with a center island, wood-burning fireplace and spiral staircase. The master suite has a double-wide closet and ceilings are over 10 ft.

According to reports, Chastain initially thought to rent the pre-war duplex at $11,500 a month and move in with her fashion executive boyfriend, Gian Luca Passi de Preposulo.

Chastain and her Italian Count bought a nine room co-op across the street from Carnegie Hall for $5.2 million in March.

The Julliard graduate  reportedly fell in love with the building’s history – The Osborne Apartments were once home to Leonard Bernstein and Stephen Sondheim wrote West Side Story while he lived there.