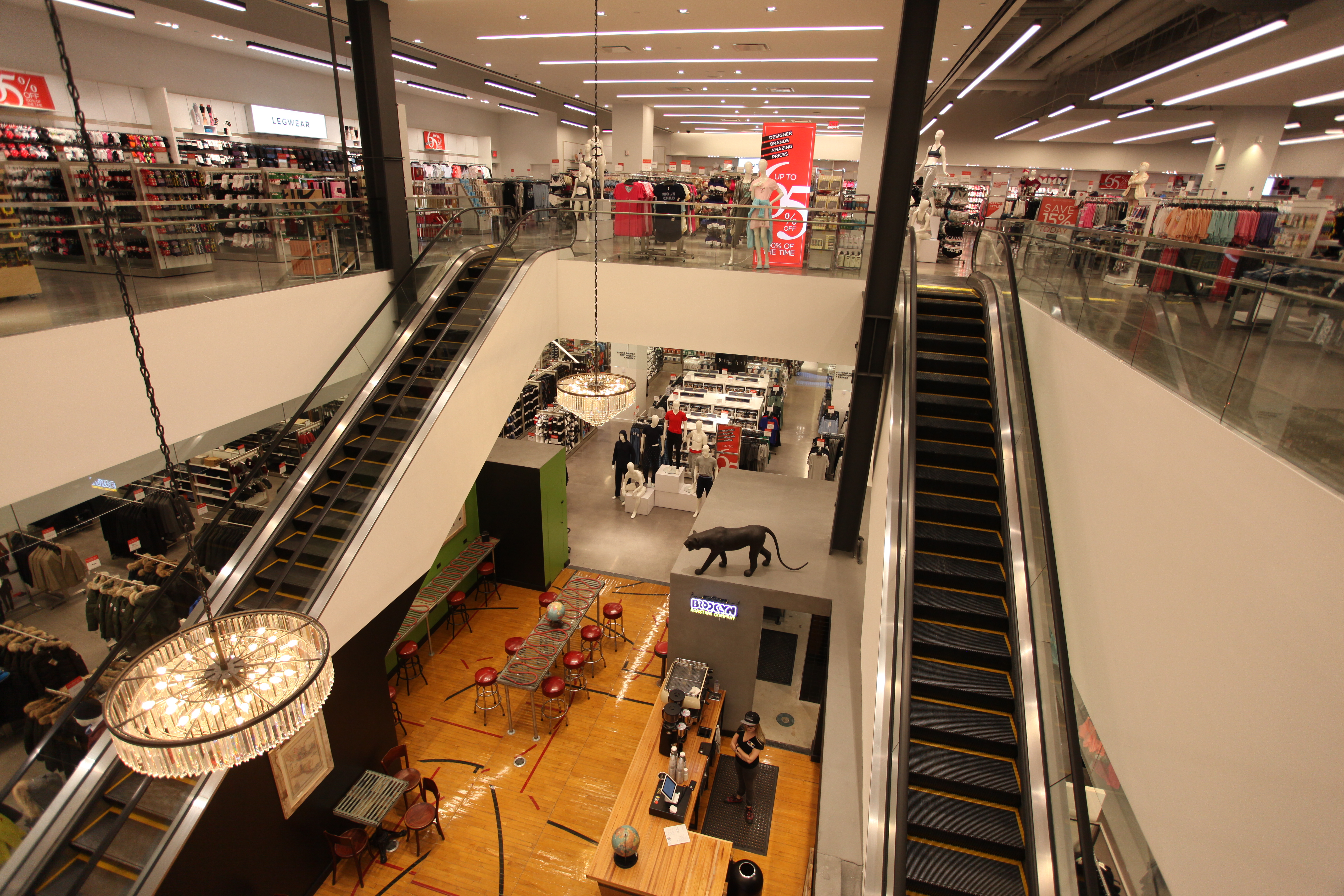 Department store chain Century 21 is opening its newest store in Downtown Brooklyn next week, and gave members of the media a sneak peek at it’s four-level store in the CityPoint development on Fulton Street.

The 140,000 s/f building will feature four floors of clothing, shoes, accessories, cosmetics, and home goods, as well as a Brooklyn Roasting Company cafe in the heart of the store. The opening marks the first full-line department store to open on Fulton Street in more than 50 years, according to Century 21.

The location marks the 11th store in New York City for Century 21, which opened its first store in Bay Ridge in 1961.

The department store opens to the public on Tuesday, October 11.