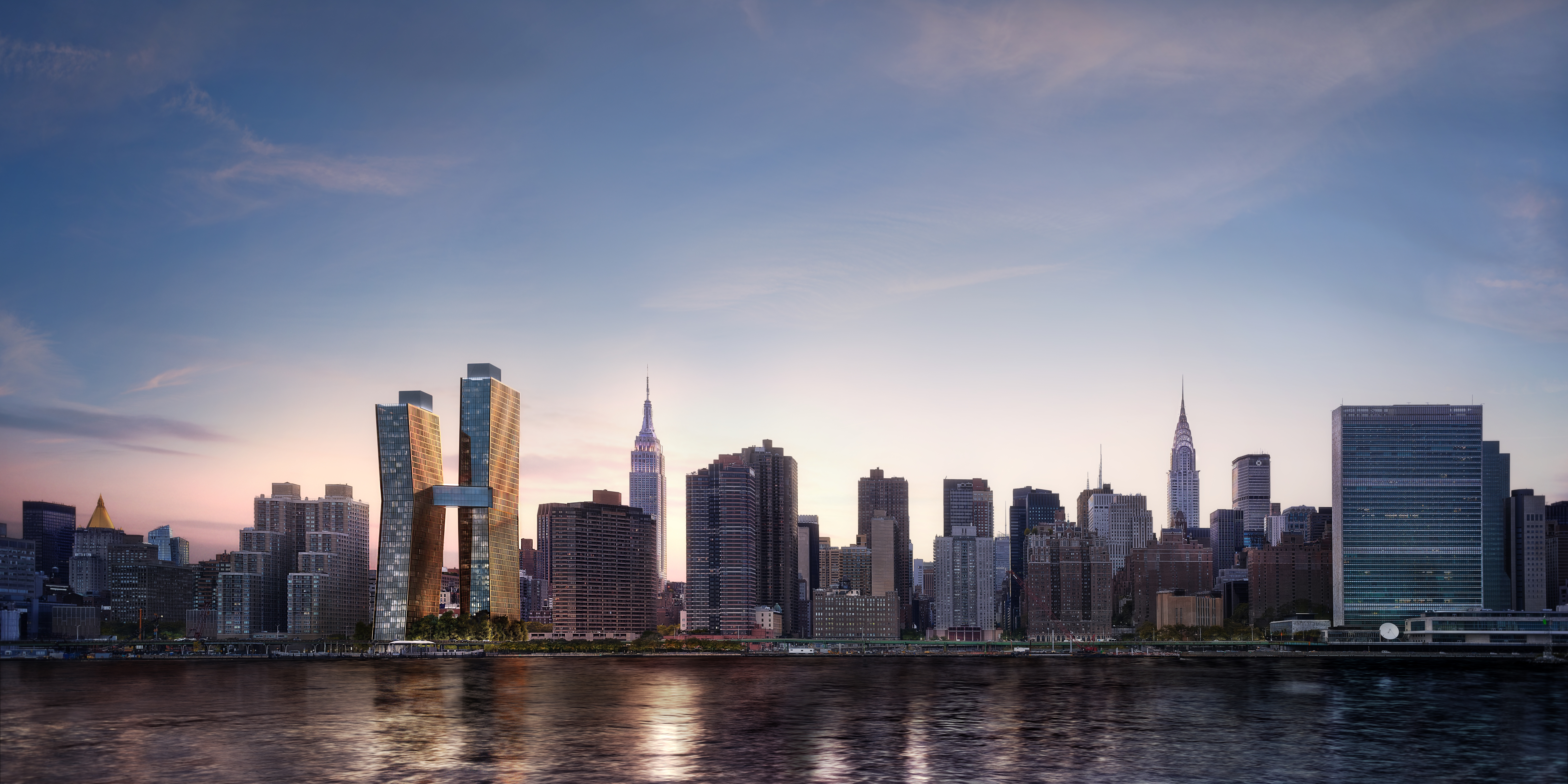 When JDS Development began constructing the dual towers that make up the massive American Copper Buildings luxury rental project in Midtown East, it became a cause for concern.

In a short video, architects at SHoP, the firm designing the building, recalled how the design of the buildings, both of which have distinctive bends in the middle, was initially a startling sight for pedestrians, who didn’t realize it was planned, and alerted the police.

JDS opened the two towers formerly known as 626 First Avenue to media for the first time yesterday morning, with a presentation and viewing from the skybridge between the two buildings, located on the 27th to the 29th floors, which offer sweeping views of Brooklyn and the Long Island City waterfront, as well as looking west towards Manhattan and the Empire State Building.

The three-level skybridge is the first major skybridge to be built in New York in 80 years. The bridge will house some of the building’s 60,000 s/f of amenities, which include a 75-foot lap pool, a bar residents’ bar and lounge.

The East Tower will also have rooftop amenities like an infinity view pool with outdoor shower as well as a rooftop dining and grilling.

“The East Tower is going to be Soho House but 400 feet in the air,” said Michael Stern, CEO of JDS Development.

With the far west side of Manhattan experiencing a flurry of construction, from the Hudson Yards development to The Moinian Group’s massive SKY rental building, Stern is looking to bring the same kind of vibrancy to the other side of Manhattan, an area he said has been playing “catch up” for some time.

“This neighborhood needed a shot of adrenaline, something refreshing,” said Stern. “We’re bringing a dynamic piece of architecture.”

Simon Koster, a principal at JDS, said the project is the “darling” of the office, because of how smoothly the project has gone.

“There have been no hiccups from the beginning, it’s right on schedule,” said Koster. “It’s remarkable for a project of this size.”

Another remarkable aspect of the towers is their appearance – the copper façade of the buildings will eventually oxidize over time, forming a patina that will turn mint green, similar to the color of the Statue of Liberty.