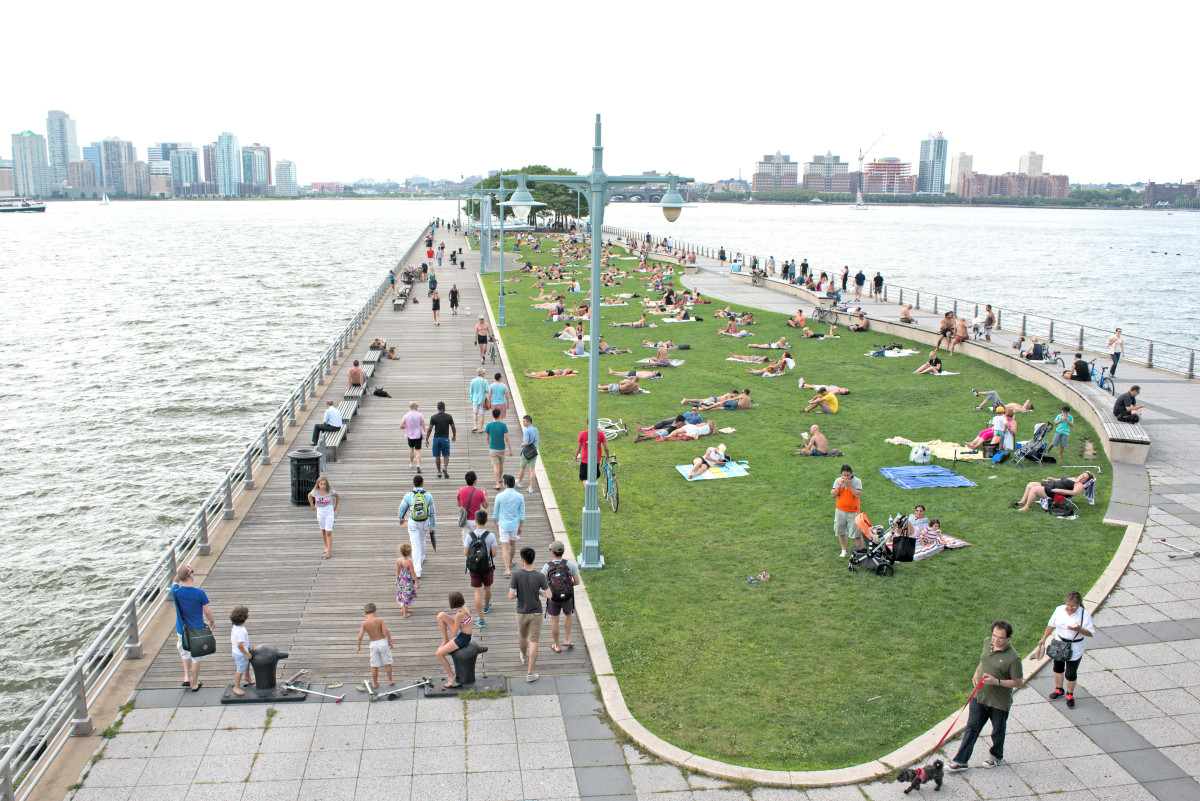 Roughly $8 billion in construction has occurred within a quarter mile of Hudson River Park between 2000 and 2014 – a fifth of the area’s overall property value. And during that same period, while the youth population decreased in Manhattan by 8 percent, the area’s youth population grew 66 percent and senior population by 112 percent. Those are just several of the findings in a new report released today that examines how Hudson River Park has helped transform Manhattan’s Far West Side.

The report, Realizing the Benefits of Hudson River Park, makes the case for public sector funding of the park’s completion, and demonstrates that the critical investments made to build out the park have yielded strong returns across a variety of areas: the local and regional economy, employment, tourism, development, property taxes and property values, among others. The report was prepared by Regional Plan Association for Friends of Hudson River Park.

“With 17 million annual visits, there’s no doubt that Hudson River Park has been an enormous success in the traditional sense, but now we can see just how much of a boon it has been for the city and state beyond its borders,” said Gregory Boroff, Executive Director of Friends of Hudson River Park. “From Midtown to Tribeca, the park has transformed the Far West Side, validating the public’s initial investment, and making a compelling case for completing it.”

“Hudson River Park is a tremendous example of the positive ripple effects of supporting our parks and public amenities,” said Tom Wright, President of Regional Plan Association. “The park has had a transformative impact on New York City, and local residents, visitors, our region’s economy and our natural environment all benefit from continued investment in this wonderful resource.”

“Hudson River Park has been an enormous success, making life better for people in the neighborhood and the whole region,” said Assembly Member Richard Gottfried, the primary author of the park law. “That’s what parks do, and it’s what we always knew Hudson River Park would do. RPA’s study is exciting confirmation about the value of this park and every park.”

The four-mile Hudson River Park is now roughly 70 percent finished. Established through the 1998 Hudson River Park Act, it began as a City and State capital investment, accompanied by a legislative mandate that the park fund its own operating needs through privately generated income.
Since then, nearly $720 million in investments have resulted in more than $1.1 billion in economic benefits for New York City and more than $1.4 billion for New York State.

Additionally, Hudson River Park directly generates more than 3,000 full- and part-time jobs – a figure that is estimated to grow to approximately 5,000 jobs over the next several years with the completion of piers 26, 55, and 57. Moreover, each year, investments in the park’s continued construction, operations, and maintenance indirectly support hundreds of jobs and millions of dollars in wages in the region.
The report also includes the following findings regarding the park’s economic and demographic influence in the area:

•The Hudson River Park neighborhood’s growth represents more than a quarter of all new development in Manhattan since 2000 – or about 41 million square feet.
•Since 2000, property tax contributions within the Hudson River Park neighborhood, currently totaling nearly $1 billion, are growing 9% faster than in the area below 59th St and 28% faster than Manhattan as a whole.
•From 2000 to 2014, the Hudson River Park neighborhood grew in every population category with 66% growth in youth and 112% growth in seniors.
•From 2002 to 2013, in addition to growth in traditional sectors, employment in the area has grown quickly in emerging sectors including health care (+54%), retail (+69%), management (+77%), hotel and food (+159%), arts and entertainment (+171%), and education (+277%).
•As of 2012, the park was already attracting 17 million visits annually. Nearly half of the total visits came from outside Manhattan – and around a third from outside New York City entirely, generating millions in additional visitor spending annually.
Meanwhile, the Trust is moving forward with the renovation and completion of several piers: piers 26 and 54, which are designated as recreational piers under the Hudson River Park Act. Investments in Piers 40 and 57, which are designated as revenue-generating commercial piers, are also anticipated in the near future.