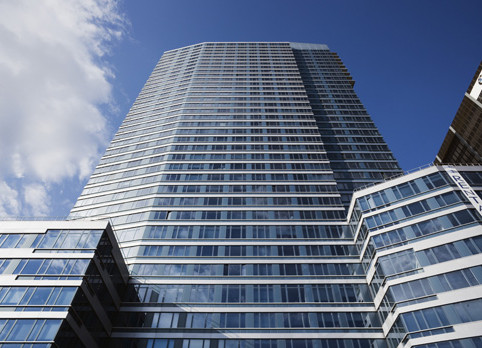 The Durst Organization announced that Hudson Market signed a 15-year lease for 9,889 s/f on the ground and lower levels of the Helena 57 West, a 597-unit residential tower at 601 West 57th Street.

Scheduled to open in early 2017, Hudson Market is a farm to table market and specialty grocer. Indoor and outdoor seating will be available to customers.

This will be Hudson Market’s second location in New York City.

Last month, Durst announced Landmark Theaters will be opening at companyʼs VIA 57 West, the anchor building of the 57 West residential superblock, which also includes Helena 57 West and Frank 57 West.

“We are thrilled to welcome Hudson Market to the 57 West campus,” said Helena Durst, Chief Administrative officer of The Durst Organization.

“It is important for us to have retail options that are an amenity to the tenants. With the addition of Hudson Market, we are able to offer our tenants on the 57 West campus and surrounding neighborhood an elegant high-end café and market.”

Hudson Market was conceived as a community marketplace which brings busy urban dwellers back in touch with the food they eat.

The Durst Organization is recognized as a world leader in the development of high-performance and environmentally advanced commercial and residential buildings.

In spite of confirming a slowdown in deals, experts remain optimistic about NYC