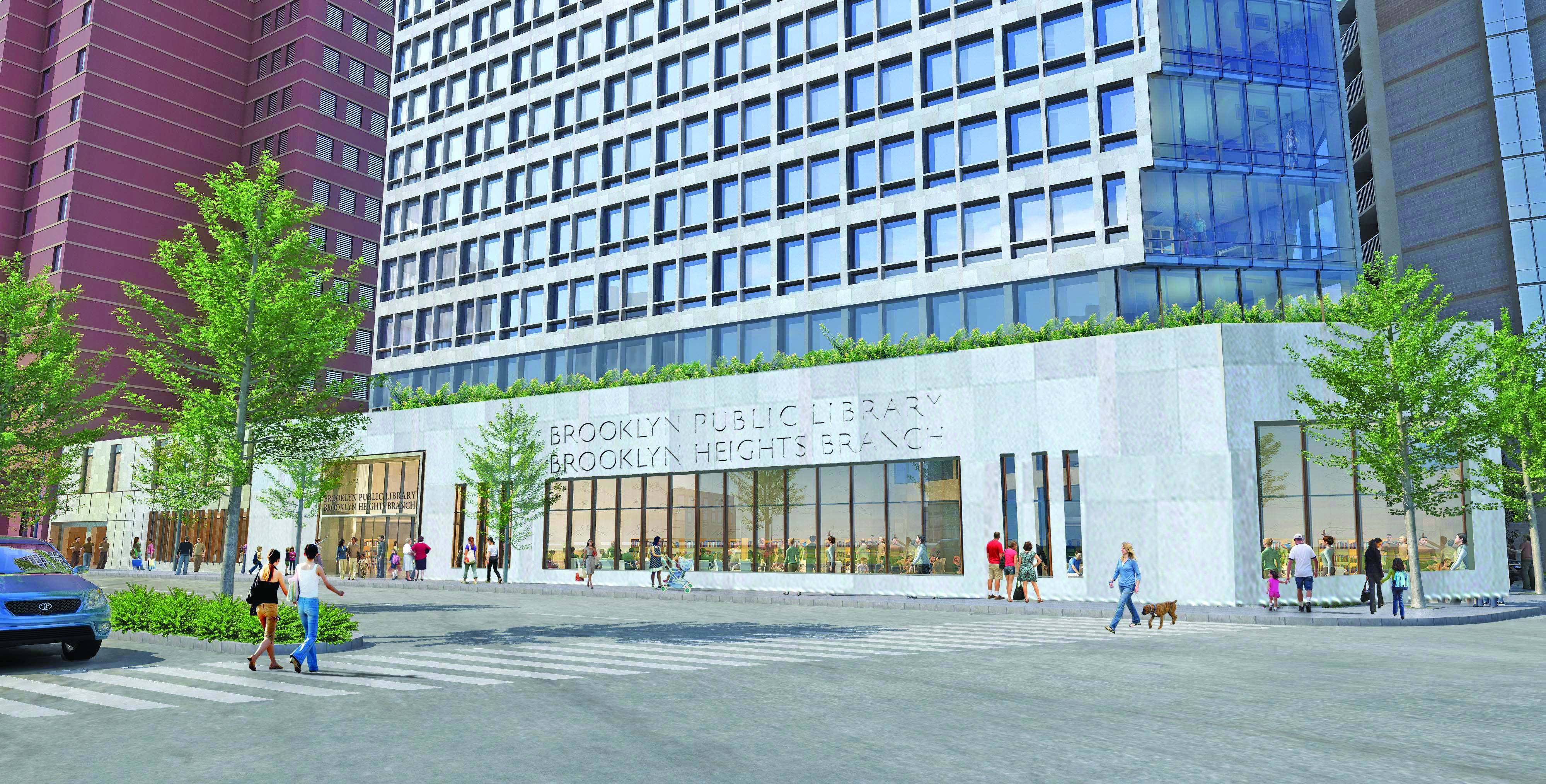 Brooklyn Public Library (BPL) has unveiled plans for the new Brooklyn Heights Library, a project that also will generate more than $40 million in capital funding to repair other BPL branches with urgent capital needs, and create 114 units of affordable housing.

The state-of-the-art, 21,000 s/f library — one of the largest in the BPL system — will be part of a mixed use building at 280 Cadman Plaza West to be developed by the Hudson Companies, Inc.

More than $40 million from the $52 million site sale will be invested in neighborhood branches which are currently operating with $300 million in deferred maintenance.

Branches receiving proceeds from the project will be chosen based on their overall outstanding critical needs, the opportunity for comprehensive upgrades, and their spread across the borough.

“This project will help us create a beautiful, modern library to serve the Brooklyn Heights community for years to come, and $40 million to invest in much-needed repairs at neighborhood branches across the borough,”

Kyle Kimball, president of the New York City Economic Development Corporation, said the use of public assets to create more affordable housing and update public library facilities is an important step in the de Blasio administration’s efforts to “fight inequality and lift up all New Yorkers.”

The building that will house the 21,000 s/f Brooklyn Heights Library, designed by Marvel Architects, will be 319 feet tall and include 350,000 s/ff of mixed-use space.

While the tower is being built, Hudson Companies will provide an 8,000 s/f interim library space wat Our Lady of Lebanon Church five blocks from the existing branch.

As part of the deal, Hudson Companies will build 114 units of offsite affordable housing within the community (CB2). The units will come online concurrent with the opening of 280 Cadman Plaza West.

BPL will lead a community-driven design process for the new Brooklyn Heights branch, and the next Community Advisory Committee meeting will be held on October 7. The land-use review process (ULURP) is expected to begin later this year. Construction is expected to begin in 2016.