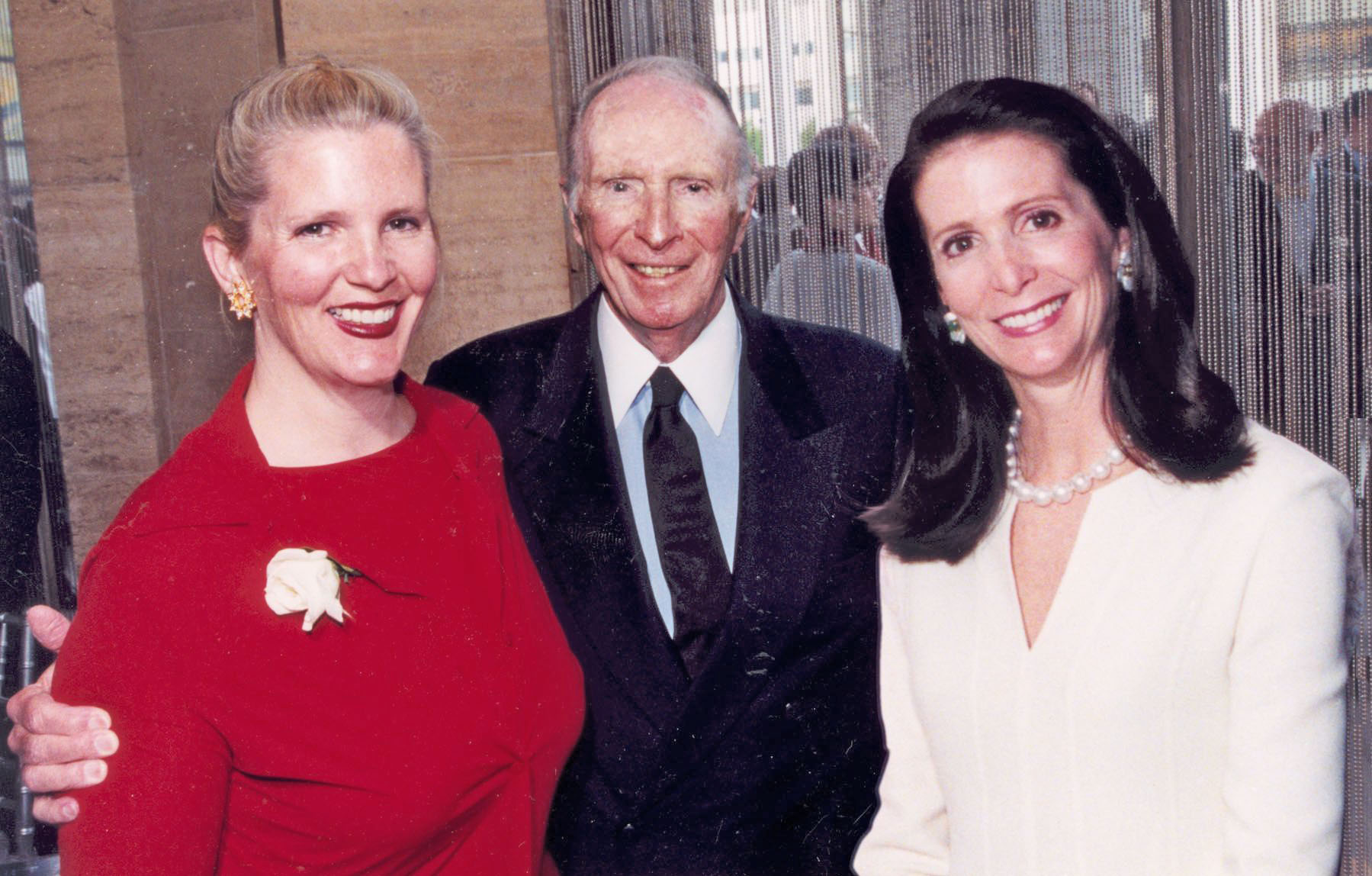 For brokers Tara and Darcy Stacom, daughters of the late Matthew Stacom, who was a prominent member of the New York City real estate industry, receiving a lifetime achievement award from REBNY holds a lot of meaning.

“I’m very touched and pleased,” said Tara. “My sister and I, and certainly my father, have given a lot to the real estate industry and have been helped tremendously by REBNY as we’ve progressed in our careers.

“Real estate is, without question, a passion for my family and to have it culminate in an award like this, and recognition in the industry from our peers, is exceptionally meaningful.”

The award is historic: For the first time ever, REBNY is honoring an entire family for its contribution to the city’s real estate industry.

REBNY chairman Rob Speyer announced in November that Matthew Stacom and his daughters will receive The Bernard H. Mendik Lifetime Leadership in Real Estate Award at the 120th Annual Banquet on January 21.
“The Stacoms are true industry legends whose collective contributions are worthy of this unprecedented recognition by REBNY,” said Speyer.

Matthew Stacom, who arranged the sale of the development site that would become the Sears Tower to Sears, Roebuck & Co. in 1962, died two years ago at the age of 95, after a real estate career that spanned more than six decades.

He was a Long Island City-born son and grandson of housing builders. He began working at Cushman & Wakefield in 1946 and stayed with the brokerage for 67 years.

Stacom was one of the 20 founding members of the Young Men’s / Women’s Real Estate Association (YM/WREA) and the third chairman of that organization.

He was very involved with REBNY, and won the organization’s Most Ingenious Deal of the Year Award on two occasions, in 1962 and 1963. In 2013 the YM/WREA 2013 named him Senior Real Estate Man / Woman of the Year.

“He would have just loved to have been standing up there with us,” said Darcy. “I think it’s terrific. I was really appreciative when John Banks called and told me.”

Tara and Darcy, prominent brokers at Cushman & Wakefield and CBRE, respectively, recalled growing up in a fiercely competitive real estate family, with a large poster of the Sears Tower, where their father also served as exclusive leasing and managing agent, hanging in their playroom.

“I think a Stacom, without question, is driven by their own competitive traits,” said Tara. She jokes with her siblings now (she was one of six) that as kids in a big family, they had to fight for everything — the last piece of cake, for the seat at the dining table, or the position on the lacrosse field.

“The award does typify us being Stacoms,” said Tara. “I revel in doing things that my father was so successful at and known for.”

As a leasing agent for the Sears Tower in Chicago, formerly the tallest building in the Western Hemisphere, Tara remembers him travelling to the Windy City several days a month to work on the building. She credits her father with helping drive she and her sister toward careers in real estate.

“He did so much, I didn’t always know everything he was a leasing agent for,” she said.

Tara represents some of the biggest players in commercial real estate – the Durst Organization, RXR Realty, and SL Green.

One of her most memorable deals has been working on 1100 Avenue of the Americas, a 15-story building near Bryant Park that’s also known as HBO headquarters. Tara’s father was responsible for putting HBO in the building back in 1984, and they’ve been there ever since. In the late 90’s, Tara was part of the C&W team that renewed the company’s lease on behalf of the owner.

“To this day, I rep and work with the owner, and it’s wonderful because the family recalls my father intimately,” she said. “It gives even added pleasure with that added touch point doing business.”
Darcy Stacom has worked on some of the biggest deals in the history of NYC real estate. She repped MetLife in the $5.4 billion sale of Stuy Town in 2006.

Breaking through the $100 million dollar deal “glass ceiling,” then cracking the $1 billion dollar deal, and developing a specialized practice for residential, are a few of Darcy’s proudest moments of her career.

She also recalls the times she made an impact on the industry, in one case through the creation of tour sheets, which became a practice that all of her competitors now use.

“I think the industry is a lot more sophisticated today,” said Darcy. “When I first joined, saying you were a broker, people a lot of times would have a disparaging comment – ‘oh, they’re just a broker.’ It’s a highly sophisticated field now that takes a great deal of diligent, real understanding. It’s like being an investment banker. If you’re playing in the capital market space, if you’re a top leasing broker or consultant, you could be on Wall Street.”

For both Tara and Darcy, it seems growing up in a real estate family has made the work they do feel less like work, and more like fun.

“No everybody has the pleasure and benefit of enjoying so immensely what they do that they don’t consider it work,” said Tara.