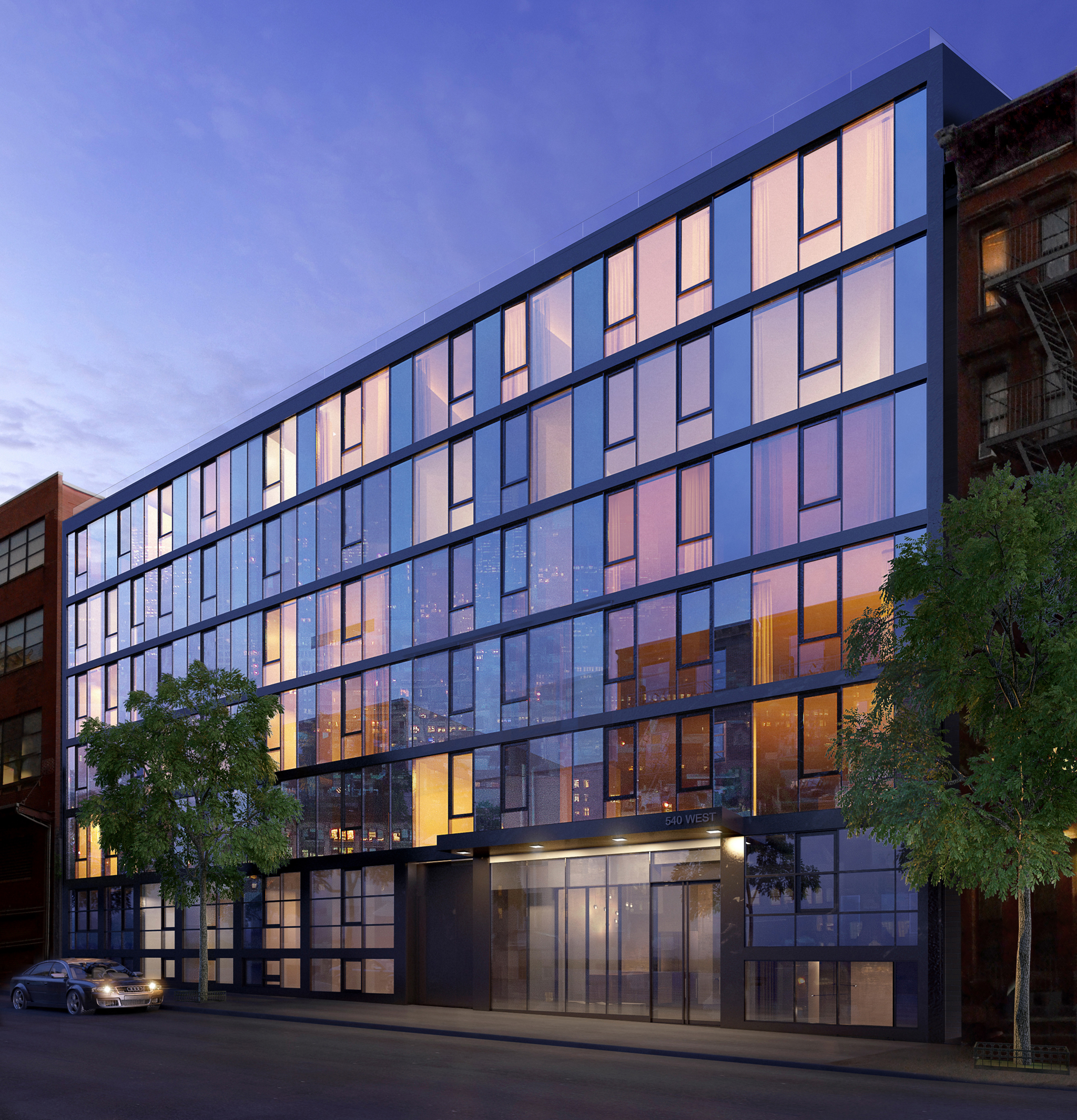 Hell’s Kitchen is getting even hotter, with the addition of luxury condo building 540 West.

Stephen McArdle of Halstead, who is the project manager at 540 West, said the full-service building is benefitting from the rapidly changing neighborhood, which he has seen “transforming on a weekly basis.”

“Not only do you have national brands, our location being anchored to the south by North Chelsea, the Gallery District and all the investment going on there – but the location to Midtown, the fact that we’re only 10 to 12 blocks from Columbus Circle and Central Park; it’s really ideal for many segments of the buyers profile,” said McArdle. “It’s a great place to be right now.”

The units are a mix of studios, one bedrooms and two bedrooms. Architect S9, An Affiliate of Perkins Eastman Architects, PC, sponsor FPG Clinton Acquisition and Halstead spent “a lot of time” working out the floor plans.

“We were especially conscious of creating a sense of community and communal spaces,” said McArdle. “The units are really efficient, there’s no wasted space. All the two bedrooms are split two bedrooms, and the one bedrooms and studios are graciously laid out and designed.”

The two buildings will be connected by a 6,000 s/f courtyard with outdoor seating, a fire pit, and an outdoor movie theater.

The residential building began to take shape back in late 2009, when developer Fortis started looking at sites in the Midtown West area.

“The problem was, no one knew where the market was and where it would go, coming out of one of the most significant recessions,” said Jonathan Landau, CEO of Fortis Property Group. “The residential market had a lot of question marks.

The success of a project just south of the 540 West site, the condo building 505 W. 47th Street, was a signifier to Fortis that the area was worth it.

“We felt the market had a good enough fundamental stability and the neighborhood had the appeal,” said Landau.

Fortis had a hand in the re-development of the Williamsburg waterfront, partnering on projects 184 Kent Avenue and Northside Piers, two condo buildings that helped redefine the submarket there.

The Fortis team focused on building units at 540 West “unique to the marketplace.”

“Most units in Hell’s Kitchen were typical low-budget construction,” said Landau. “We said if we want to build something here we want a better product for the consumer.”

An outdoor movie theater and fire pit as well as a rooftop common area including a kitchen and barbecue space will also be available to tenants.

“We didn’t want a plain vanilla kind of construction project,” said Landau. “There are wood elements in the hallways and different architectural feelings that make it more unique.”

The units came to market in late October to early November of last year.

“We’ve far exceeded our expectations on the sales side and sales are robust,” said Landau.

Residents are expected to move in by the end of 2014.