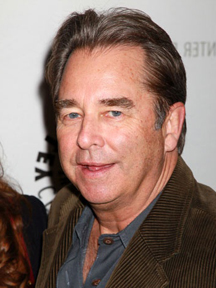 HAVE YOU HEARD … Beau Bridges is The Landlord; LIC penthouse record

Brooklyn Public Library is showing the movie The Landlord as part of its upcoming film series.

Beau Bridges plays Elgar Enders, a privileged WASP who buys a building in the transitional neighborhood of 1970 Park Slope, planning to evict all the occupants and construct a luxury home for himself.
Enders’ ideas are changed, however, when he becomes acquainted with the tenants, who include Marge, a fortune-teller; Professor Duboise, a black segregationist; the Copee family; and an invalid couple who live in the basement.
He decides to remain as the landlord and help fix the apartment building.
Reminisce with other movie-goers at the Central Library Dweck Center tonight (Wednesday) at 6.30 p.m.

The Penthouse at Five27 Broke Records in Long Island City, selling for $1.58 million, the highest price for a two-bedroom in the area.
Five27 recently reached its 100 percent sold milestone.
Modern Spaces was the exclusive sales and marketing agent for 27-unit condo designed by Fogarty Finger.
The building is Modern Spaces’ 15th sold-out residential building and is one of three buildings in Long Island City, including The Vista and The Bindery, launched and sold out within a year by the brokerage firm.
“Looking back to when we opened our first office in LIC in 2008 and sold out the neighborhood’s first luxury residential building, The Powerhouse, it is incredible to see the transformation of the neighborhood since then,” said Eric Benaim, CEO and president of Modern Spaces.

Celebrity interior designer Kelli Ellis has written a new book called, “Do I look skinny in this house?
The book focuses on Design Psychology — the intentional creation of any space using simple and effective design principles.
Ellis said “Do I look skinny in this house?” is really about “Do I feel great in this house?”
“Turning your house into a haven is something that we obviously care about. We have entire TV channels devoted to making homes beautiful,” she said.
“All of us want to come home and we want to feel great, comfortable and productive in our homes. We really ask our homes to be everything to us. And this book can help you do just that.”
The new book will be available on Amazon on April 8.

Simon Property Group senior vice president Deborah Simon is trading up at 15 Central Park West.
With her two bedroom unit #12L in contract at $9.9 million, the daughter of SPG founder Melvin Simon, bought unit #27C on March 18, according to public records.
The 2,761 s/f three-bedroom, 3.5 bath pad with park, city and river views, was listed in January for $25 million by Susan Barkin of Barkin & Associates.