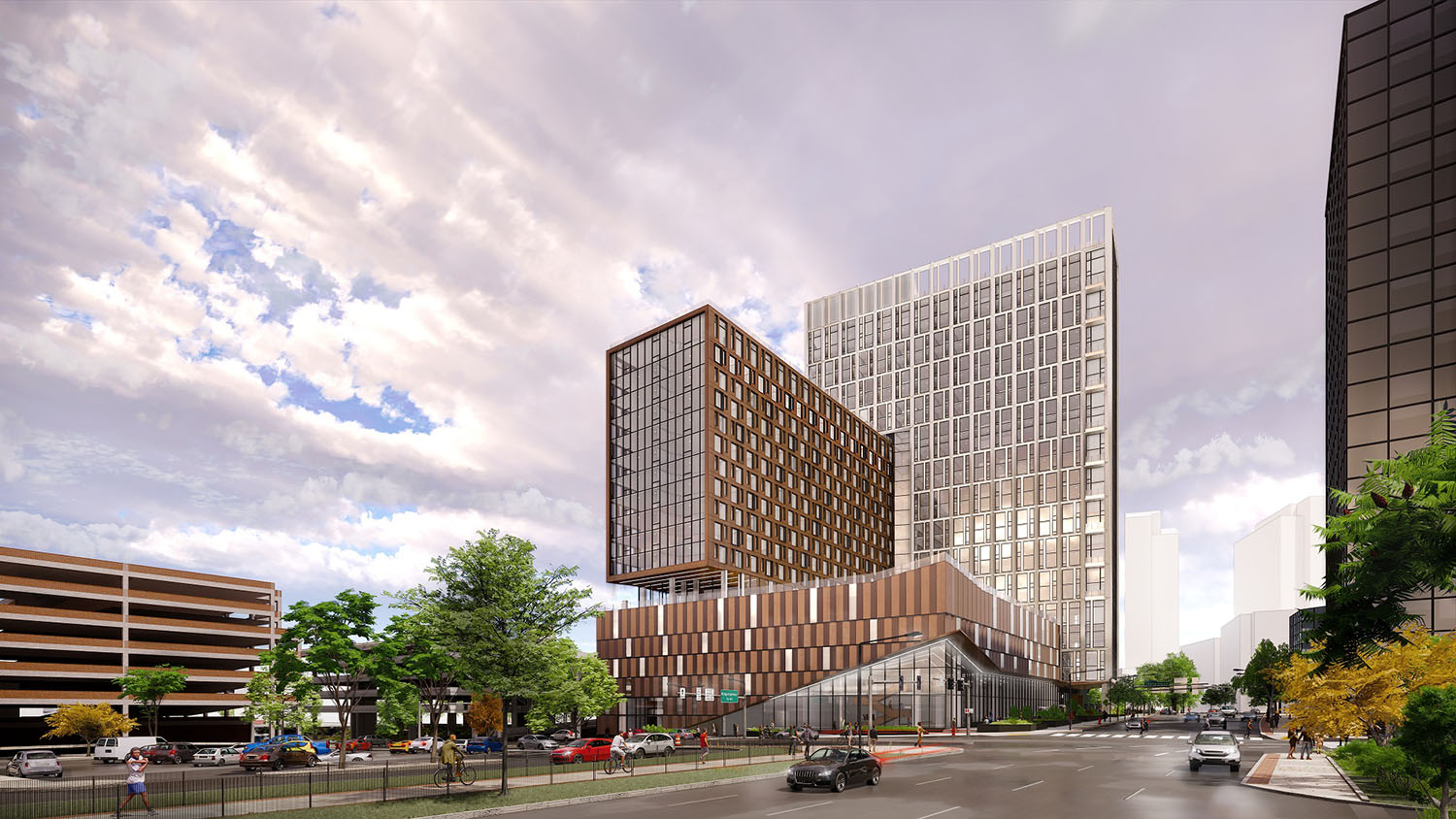 Greystar Real Estate Partners LLC (“Greystar”), a global leader in the investment, development, and management of high-quality rental housing properties, broke ground on 25 North Lex, a new high-rise, mixed-use development in White Plains, New York that is expected to bring new energy to the city’s downtown district while significantly raising the bar within its residential landscape.

The project, Greystar’s first residential development in New York, is rising on a prime site directly across from the city’s Metro-North Railroad station which recently underwent a $95 million renovation.  The property also conforms with the White Plains Transit District Strategic Plan that aims to establish a vibrant neighborhood around the train station and bridge the transportation hub to the Central Business District.

Westchester County Executive George Latimer, White Plains Mayor Thomas Roach, White Plains Chief of Staff John Callahan, and fellow local officials joined principals of Greystar and members of the business community in a ceremony signifying the start of construction of 25 North Lex, which is expected to be completed in the first half of 2024.

“We’re excited to break ground on 25 North Lex which reflects our confidence in the existing appeal and considerable growth potential of Downtown White Plains,” said Gary Kerr, Managing Director at Greystar. “With its central location between New York City and Southern Connecticut, rail connectivity, and improved 24/7 urban lifestyle environment within suburban Westchester County, this area is ideal for those seeking a dynamic live/work/play setting.  We look forward to complementing that with a top-of-market, highly-amenitized residential offering and supportive retail space that will serve the community at large.”

Greystar’s Kerr also stressed the collaborative relationship with the City of White Plains, Westchester County and the many agencies and individuals who are helping to make this ambitious project a reality.

“This is a city that values growth, supports development and is deserving of great projects,” Kerr said.  “We are so grateful for the backing of County Executive Latimer, Mayor Roach, and Chief of Staff John Callahan who has been a driving factor in moving this project forward.”

“Today’s groundbreaking is an important milestone for the City of White Plains as we unlock the intrinsic value of this well-located site and continue on our path to creating a vibrant, walkable, and transit-oriented downtown,” said White Plains Mayor Thomas Roach.  “25 North Lex represents our ability to attract significant private investment from a major global entity like Greystar to White Plains. This project will amplify the improvements already made to the Metro North Train Station by delivering a modern, mixed-use building that will appeal to both existing and new residents while enhancing the city’s overall economic vitality.”

The magnitude of the moment wasn’t lost on Westchester County Executive George Latimer.

“I have been in this county long enough to remember when there were tenements on these streets that existed from Mamaroneck Avenue down to the train station,” Latimer said. “Now with transit-oriented development, with a different economic model and that’s changing as we speak right now, this is a dynamic addition to the streetscape of White Plains.  Congratulations.”

Renowned Handel Architects LLP designed 25 North Lex to fit in contextually with the train station and neighboring Gateway I office tower while providing a high-quality, architecturally significant addition to the downtown skyline.  Two intersecting towers of 16 stories and 25 stories will rise from a four-story podium that conceals a large, covered parking structure.  The towers will feature striking glass curtain walls accented with metal panels, while the podium, which is bordered by ground-floor retail space, will be clad in folded metal panels designed to suggest movement and accentuate the journey from the train station home.

Modern Amenities and Social Spaces for an Elevated Lifestyle

Coveted outdoor recreational space will be a hallmark of the building, with a 5th floor roof deck featuring a zero-edge pool and sun deck, grilling stations, gazebos, fire pits, lawn area and community gardens.  For those seeking a higher perspective, the 17th floor landscaped rooftop off the Sky Lounge will offer additional grilling stations, lounge areas and fire pits.  The pet-friendly building will also have a state-of-the-art dog run.  There will also be a covered parking garage with electric vehicle charging stations and bicycle storage spots.

A Dynamic and Well-Connected Location

White Plains is in the midst of a renaissance reflective of its position as one of the most commuter-friendly suburbs in the New York Metro area.  The city benefits from its proximity and numerous access points to Manhattan, greater Westchester, Greenwich, and Stamford. The burgeoning downtown is home to an eclectic offering of restaurants, nightlife venues and hotels, as well as major corporate headquarters.   The White Plains Train Station has the third highest ridership in the Metro-North system and offers a fast commute into New York City’s Grand Central Terminal in under 40 minutes. The city is also surrounded by major highways, including the Bronx River Parkway and Cross Westchester Expressway.