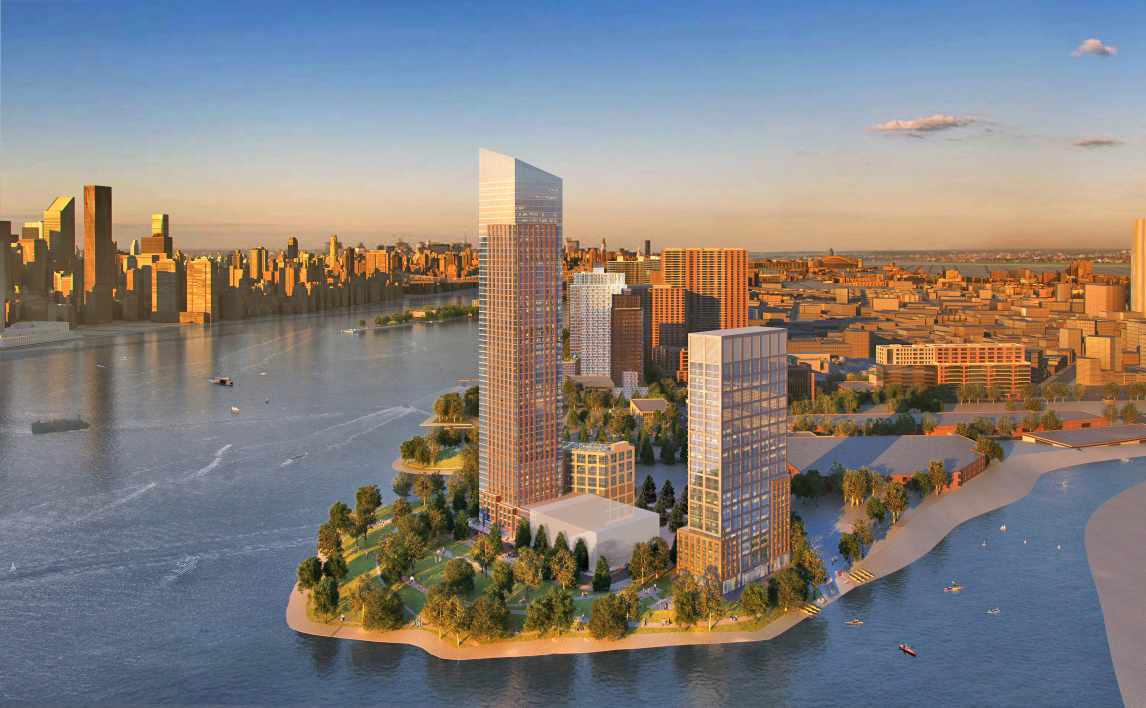 The city has tapped the Gotham Organization to build the next stage of the Hunters Point South development that will include 1,120 apartments, shops and waterfront recreation space.

HPD Commissioner Maria Torres-Springer and Housing Development Corporation (HDC) president Eric Enderlin said the team led by Gotham and RiseBoro will develop two sites, referred to as Parcels F and G at the southern tip of the new neighborhood.

To compliment the retail, community facility, arts and cultural space, there will be a kayak launch and waterfront park currently under construction by the New York City Economic Development Corporation (EDC).

“This exciting, mixed-use proposal will create more than 1,200 homes, 900 of which will be permanently affordable, including 90 homes for seniors, as well as bring a medical center, arts and cultural space.”

“The Gotham Organization and RiseBoro are an outstanding example of the for-profit and non-profit sectors working together for the public good,” said Eric Enderlin.

The developers want to bring a grocer, bike shop, and small cafés and restaurants to Center Boulevard on Parcel F.
And Gotham is partnering with several nonprofits to provide community facility space that will offer a range of services and take advantage of the waterfront location. These include an art gallery, a recreational boathouse and a job training and placement center.

Flux Factory will run arts programs, offer the community the opportunity to interact with working artists, and create programming that complements the school.

And Harbor Lab Boathouse will provide recreational boating programs for youths and adults and will activate the kayak launch space year-round.
There will also be a new public restroom near the kayak launch, and a rooftop garden open to the public.
Once complete, the entire Hunter’s Point South project will include more than 11 acres of landscaped waterfront parkland, new streets, retail and community facility space, new schools, and 5,000 units of housing, of which at least 60 percent will be permanently affordable.

The overall plan completed the Uniform Land Use Review Procedure (ULURP) in November 2008.
Parcels A and B were the first two residential buildings of the Hunter’s Point South development to complete construction.
Now known as Hunter’s Point South Commons (Parcel A) and Hunters Point South Crossing (Parcel B), they were built by Related Companies, Phipps Houses and Monadnock Construction, and opened in 2015. They include a combined total of 924 apartments, all of which are permanently income-restricted, in addition to about 17,000 s/f of new retail space.
TF Cornerstone has been selected to complete a third housing parcel with a 1,197-unit building and 600-seat elementary school.