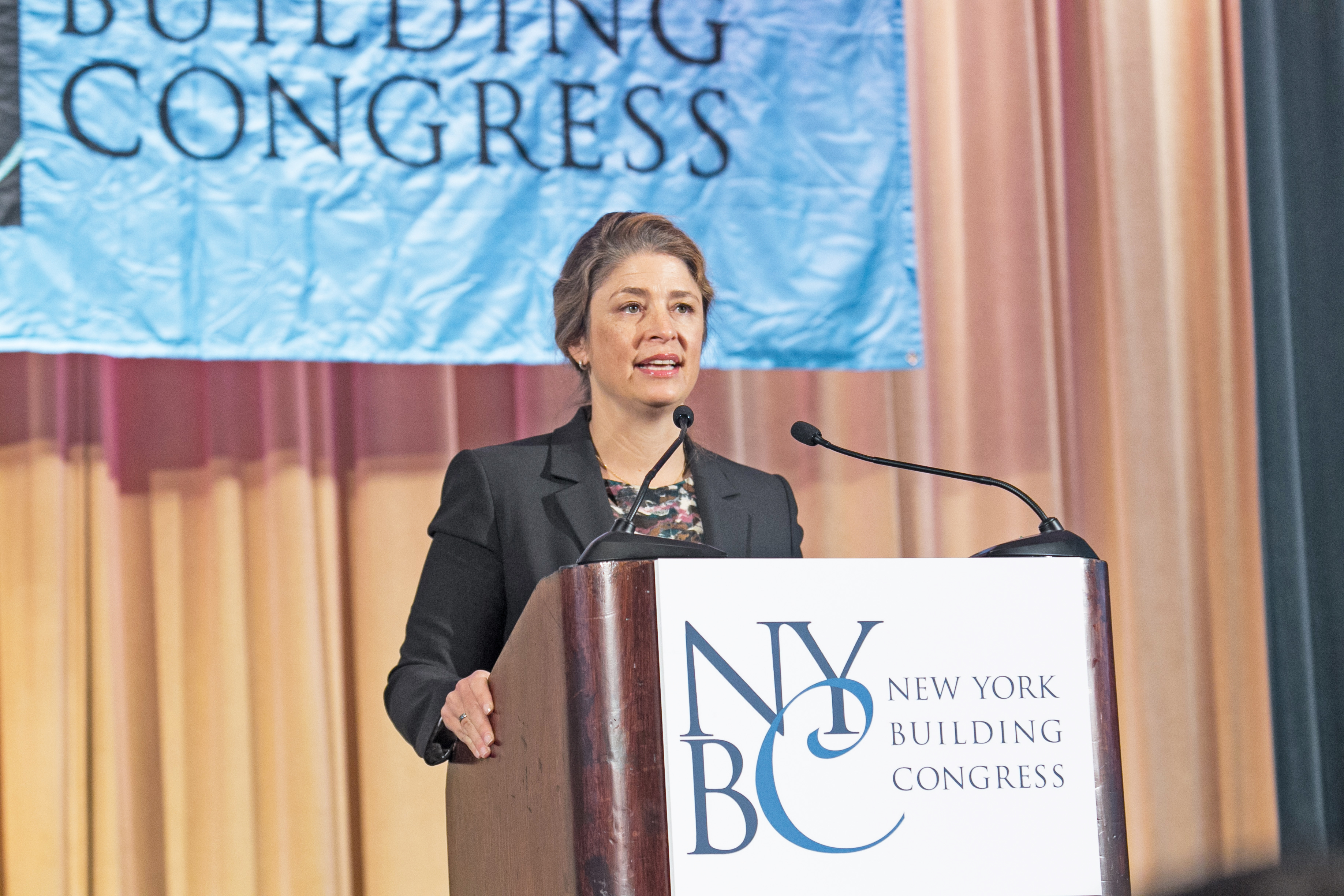 Building Congress President Richard T. Anderson provided a summary of the report, which details the organization’s forecast of $127.5 billion in construction spending from 2016 through 2018, and more than 138,000 jobs annually over that same period, both records for the industry.

During her presentation, Deputy Mayor Glen said, “New York has never been more prosperous than it is today. The fundamentals are incredibly strong, and they’re getting stronger every day.”
She specifically cited the City’s record-low crime statistics, job growth and educational gains, as well as increasing wages and the quality of available work.

She acknowledged, however, that the City still faces challenges, some of which are outlined by the Building Congress in Construction Outlook.

A main concern of the de Blasio administration is lack of affordable housing and the related expiration of the 421-a program, which Deputy Mayor Glen said is necessary to finance rental construction in the City.

She also stressed the importance of economic integration, with tax exemptions being the only way to build affordable housing in higher cost New York City neighborhoods.

She added, “We cannot be the largest City in the country with the strongest economy and continue to hold that title, unless we are able to build rental housing at a pace that will accommodate our workforce, our growth, and our families.”

Despite these challenges, the de Blasio administration has successfully financed the preservation or new construction of 55,309 affordable housing units throughout the five boroughs. With regard to meeting the Mayor’s goal of preserving or creating 200,000 affordable housing units over the next decade, Deputy Mayor Glen said, “The plan is getting done and the numbers speak for themselves. We are on budget and ahead of schedule.”

She noted that the City has never developed this much new affordable housing since the inception of the New York City Department of Housing Preservation and Development.

Deputy Mayor Glen also emphasized the de Blasio administration’s commitment to the development of new commercial and manufacturing spaces; zoning mechanisms to spur office construction, including the Midtown East rezoning; and improved and expanded transportation options, such as the development of new ferry service lines and the Brooklyn Queens Connector.

She concluded, “We are thinking big. We are building big, because that’s what New York has always done. And it’s what we need to continue to do in order to compete in this century and to make the City better for all its people.”