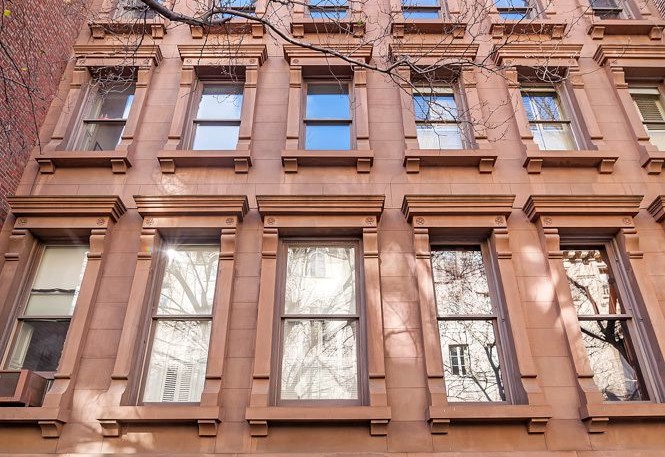 A well-heeled Manhattanite and former friend of Ivana Trump has been pushed out of her Upper East Side co-op and forced to pay close to $700,000 in penalties, ending a contentious legal battle that stretches back nearly two decades.

Verina Hixon, a 74-year socialite who once, reportedly, owned the sole private pool in Trump Tower, was evicted from her apartment at 12-14 East 64th after a protracted legal battle over her refusal to pay maintenance fees.

In her quixotic quest to shirk her bills, Hixon ended up paying far more than she would have had she simply stayed current on her dues, Bradley Silverbush, a lawyer with the firm Rosenberg & Estis PC, said. He was hired by the co-op board in 2015 and has handled a dozen claims related to the feud since then.

“She was relentless,” Silverbush said. “She was obsessed and had no regard for the principles that hold co-operative living together.”

Despite being evicted from her apartment in early 2016 and having her shares auctioned off for roughly $1.1 million later that year, Hixon continued peppering the co-op with litigation, hurling discrimination and human rights claims in an effort to reclaim the property.

Those suits were batted down once and for all last month when New York State Supreme Court Justice Lynn R. Kotler issued a summary judgment in favor of the building’s shareholders.

“This seemingly endless series of cases demonstrates that property owners and co-operative boards can protect their rights through vigorous legal representation,” Silverbush said. “In this case, the shareholder used every possible legal angle to slow the legal process and attack the co-op, but in the end, the co-op successfully evicted the shareholder and was compensated for all of their legal fees.”

Once a fixture of New York City nightlife during the disco days on the 1970s, Hixon was known for hobnobbing with foreign emissaries and political powerbrokers. She has been linked to a handful of wealthy benefactors over the years, including one who plied her with three-quarters of a million dollars to resolve her troubles on 64th Street, Silverbush said.

Hixon’s troubles date back to 2001 when a flood damaged her apartment, triggering her first lapse in maintenance payments. Over the years, she’s won insurance payouts and abatements, been compelled to pay more than $400,000 in delinquent dues and racked up hundreds of thousands more.

Kotler ruled that Hixon had to pay just shy of $295,000 for her unpaid maintenance fees and nearly $390,000 for the co-op board’s legal expenses. Those sums were deducted from the auction price while the balance went to Hixon’s benefactor, Silverbush said.

“She really had every opportunity foreseeable to avoid the forfeiture of this apartment but she didn’t take advantage of it,” he said. “Rather than take the money her benefactor had given her to pay for the maintenance she used it on court costs.”

Born in Austria to German parents during World War II, per a report from The Daily Beast, Hixon arrived in the U.S. in the late 1960s and has been connected to several high-profile businessmen and powerbrokers, including Teamster boss John Cody, who is believed to have put her up in the newly-minted Trump Tower in the early 80s.

Hixon’s Trump connections strengthened when she moved to 12-14 East 64th Street in 1999 when she befriended her new neighbor, Ivana Trump. However, the two had a falling out in 2013 when, as the New York Post reports, a pair of dachshunds belonging to Trump’s then-boyfriend Marc Antonio Rota run amuck inside Hixon’s home in St. Moritz, Switzerland during a holiday visit.

Hixon is believed to be living at her St. Moritz abode full time these days.