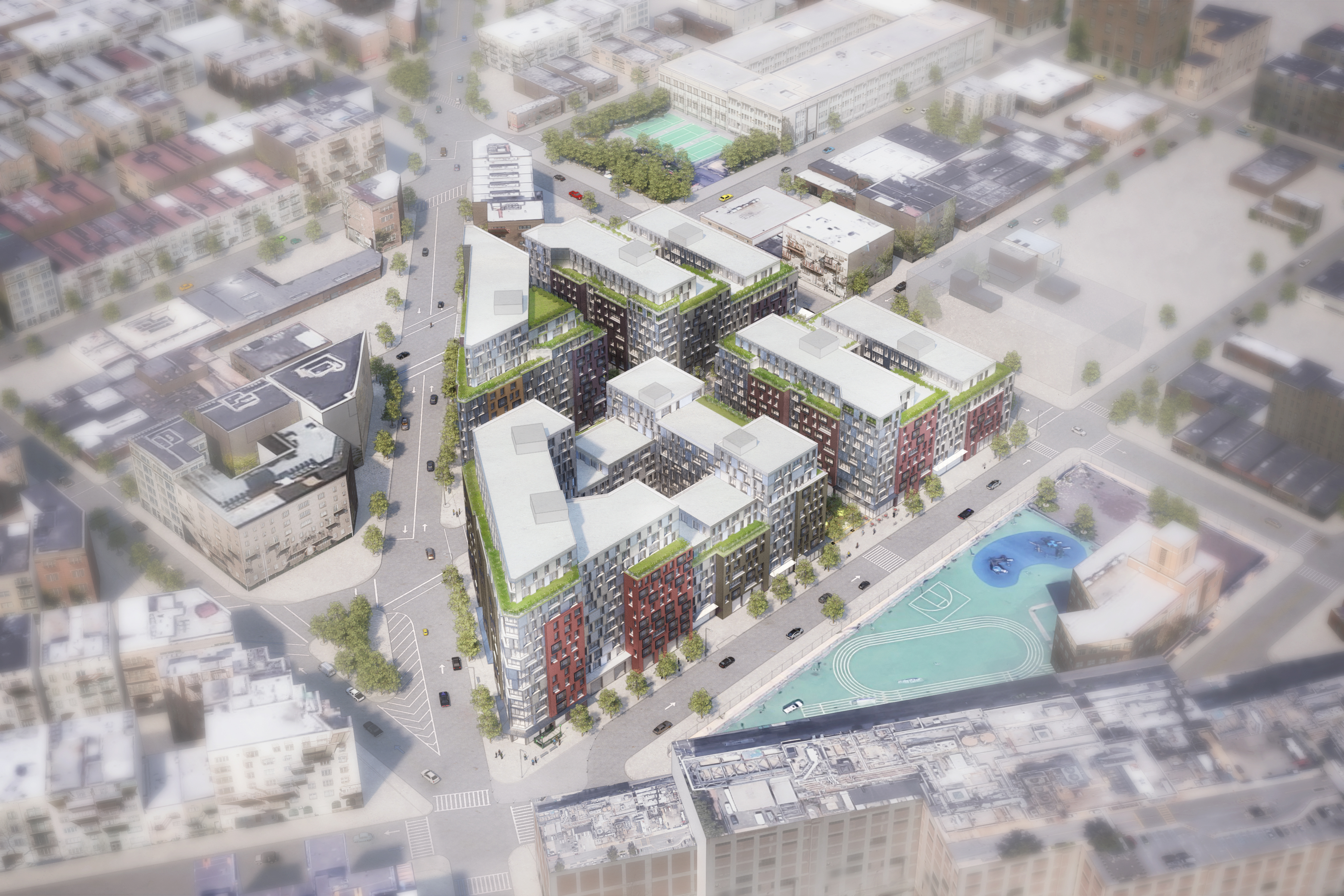 The plan to create more than 1,100 units of mixed-income housing on privately-owned sites in Williamsburg, Brooklyn took a major step forward today as the City Planning Commission voted to approve the project 9-1.

Harrison Realty, an affiliate of The Rabsky Group, seeks to reactivate the long-dormant 4.2-acre site purchased from Pfizer in 2012 with approximately 1146 units of mixed-income housing, 65,000 square feet of neighborhood retail, and a half-acre of public open space. The developer is undertaking the privately funded project on private property without public capital funds.

Approximately 287 units, 25 percent of the total residential component of the development, will be permanently affordable, with residents selected by the city Department of Housing Preservation and Development through the agency’s affordable housing lottery system.

With the approval of the City Planning Commission, the project will next go before the City Council.

If approved, the project would be the first major private application without discretionary City subsidy to be approved as part of the recently enacted Mandatory Inclusionary Housing (MIH) program.  MIH requires all residential developments that are enabled through a rezoning to create on-site affordable units and is aimed at fulfilling the City’s goal of creating or preserving 200,000 units of affordable housing.

In addition to building the permanently affordable housing, Harrison Realty has committed to paying the prevailing wage to building service workers, hiring local workers for both the construction and operation of the development, and sponsoring affordable housing lottery workshops in the community through the Brooklyn Chamber of Commerce.

The site, situated between Harrison and Union Avenues, from Walton Street to Gerry Street, has been targeted for redevelopment since the late 1980’s;  yet decades later, it remains derelict and unused.

Construction for the development is projected to begin by January 2018, with an expected opening in 2019.

“It is a positive step that the City Planning Commission has voted to approve the Pfizer redevelopment project,” said City Councilman Stephen Levin, District 33. “As an MIH project, this project would bring the first mandatory affordable housing units in South Williamsburg in many years. We look forward to taking up the proposal next at the City Council.”