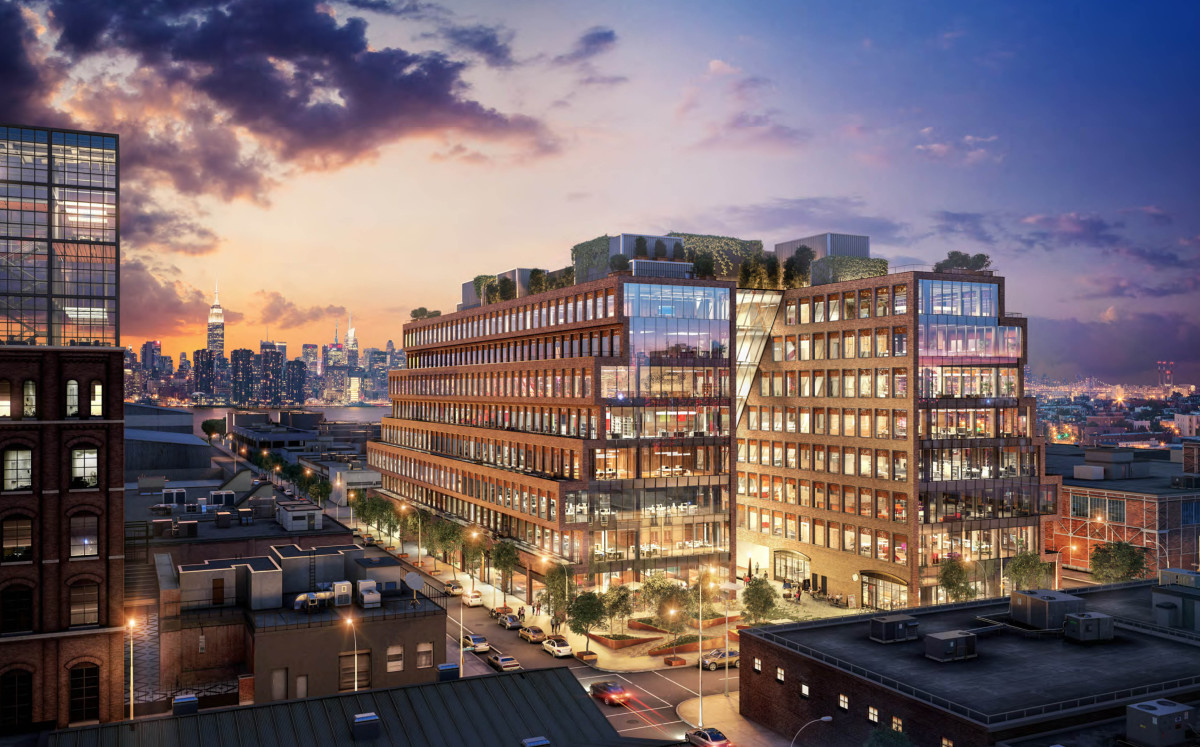 Williamsburg residents, businesses and community leaders get to air their opinion of 25 Kent Avenue, the ground-up 480,000 s/f commercial and light industrial building planned in Williamsburg, Brooklyn, that is now being reviewed through the City’s land-use review process known as ULURP.

Set to speak at a meeting of Brooklyn’s Community Board 1 – the first opportunity for the public to offer comments – supporters will herald the project’s design, economic impact, and the commitment of its developers to serve the community.

The proposal seeks to nurture the growth of firms that match a 21st Century definition of urban manufacturing, current economic trends, and market conditions.

As proposed by joint venture partners and co-developers Heritage Equity Partners and Rubenstein Partners, the project would be Brooklyn’s first ground-up speculative commercial building in 40 years and the first time in generations that the private sector built light industrial space without any public investment.

Conceived to serve the intense market demand for new office and light industrial space in Brooklyn, the Gensler- and HWKN-designed building is envisioned as a hub for the creative arts, makers, and technology firms driving New York City’s economy.

“I am the third generation of my family to have a connection to this area, and I am very proud that we have brought this project to the point where it is ready to be heard by my colleagues on Community Board 1,” said Toby Moskovits, CEO of Heritage Equity Partners.

“New York City’s production economy entrepreneurs and creative class want to grow their companies in Brooklyn, where their workforce lives and where the entrepreneurial spirit has thrived since the turn of the century. Our project will make a home for these job-creating industries in Williamsburg, the creative center of Brooklyn, diversifying and thus strengthening the local and regional economies.”

“It comes down to the old-school idea of locality; that is the idea of working near where you live – in a community,” said William Harvey, an artist and musician who has lived in Williamsburg for 30 years. “We need to build workplaces back into the fabric of our communities – the whole city will benefit if there is space for the new economy to grow in North Brooklyn. This project is a good first step.”

With site preparation already underway, the partners are prepared to begin full construction later this year. The building is projected to open by the end of 2017.

The building at 25 Kent Avenue will run a full square block between North 12th and North 13th Streets between Wythe and Kent Avenues, providing breathtaking views of the soon-to-be-expanded Bushwick Inlet Park, the East River, and the Manhattan skyline.

The building’s design – blending the area’s industrial past with its creative present, a mix of traditional brick and glass coupled with high ceilings to maximize light exposure – is critical to the overall flow, aesthetic, and function of the space.

The stacked, flexible layout provides modular space for makers of all kinds to run from incubation through the full life cycle of their development, yet also provides larger space for more mature companies.

25 Kent Avenue’s brokerage team is led by David Falk of Newmark Grubb Knight Frank, who has been retained as exclusive leasing agent for the building’s light industrial and office space.