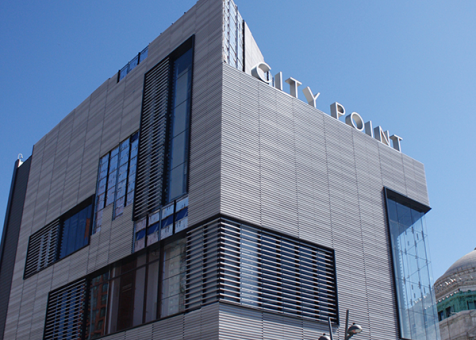 City Point, the 1.8 million s/f mixed-use complex that includes retail, office, and three residential buildings, signed non-profit organization GLAM4GOOD, a group that partners with other non-profits, media outlets, and fashion and beauty brands to provide makeovers and giveaways to women and children in need.

The organization signed on for 2,100 s/f and will move its offices from its current location in nearby Boerum Hill to the new space, which will serve as its headquarters.

Luciana Francese, ‎director in development and leasing at Acadia Realty Trust, represented the tenant and landlord in the lease deal.

“For Glam4Good, all roads led to City Point. We are thrilled to be based in a location that is a thriving hub of commerce, culture and community. Moving our global headquarters to City Point empowered our mission by creating an office for our growing non-profit and the first physical shop for the women and girls our foundation supports – where they can experience style in a comfortable environment. City Point has been a champion along with Glam4Good in using style to make a social impact,” said GLAM4GOOD founder Mary Alice Stephenson, in a statement.

The nonprofit will also have a mini shop experience in the space “for their network of those in need,” according to the company.

The City Point development has signed some big-name retail tenants in the past few years. Target, Trader Joe’s and Century 21 department store, have all opened in the past year, as well movie theater chain Alamo Drafthouse. Last week, the 40 curated restaurants that are part of the 26,000 s/f DeKalb Market Hall opened their doors to the public.

Acadia Realty Trust and Arch Brokerage LTD. are currently marketing office space on the fourth and fifth floors of the office portion of the development dubbed BKLYN LOFTS.

The newly-constructed spaces, which will be housed above the DeKalb food hall, have open-plan layouts, with the fourth floor space offering 9,515 s/f, and the fifth floor offering 8,848 s/f of space.

Developed by Acadia Realty Trust and Washington Square Partners, the mega-development has been in the works for years, as developer Chris Conlon of Acadia told Real Estate Weekly while promoting the project at last year’s ICSC REcon.

“It’s going to meet the heavy demands of the new Brooklyn residents. The project was started almost ten years ago and it’s evolved over its planning and, ultimately, its development and construction. One of the tricks has been to deliver something to these new Brooklyn residents that’s reflective of what they really want, and that includes shopping, of course. But it also includes a lot of food and entertainment,” said Conlon at last year’s conference.

Only way is up for resurgent Bronx real estate market