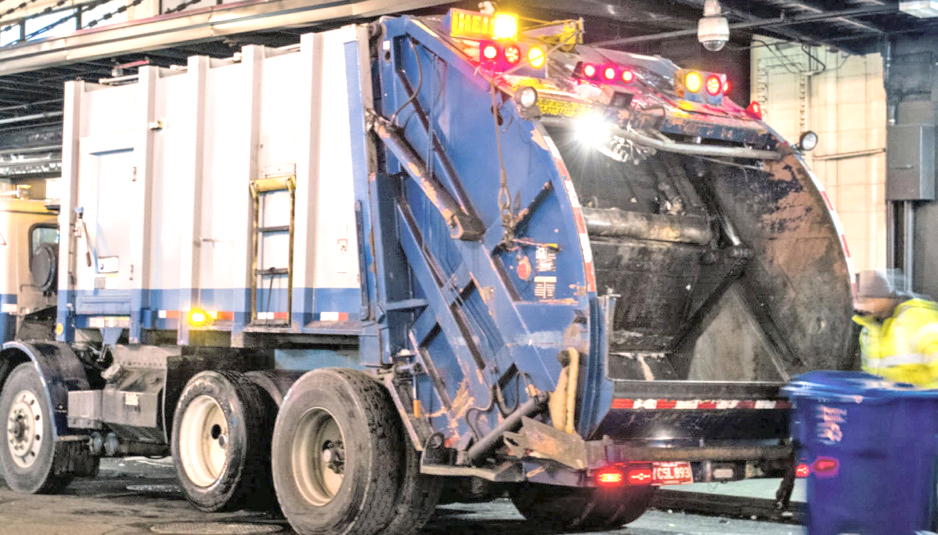 Finding a middle ground amid the garbage

Reducing carbon emissions and traffic congestion are important priorities for our city. As a major metropolis with a booming economy and a record number of jobs, New York City is growing and evolving every day. Our critical infrastructure must keep pace.

For well over a year, public officials, advocates and businesses have grappled with the question of how to deal with the thousands of tons of commercial waste our city’s office buildings generate every day. After much debate, the City Council is poised to pass new legislation that will address the issue.

The new law was crafted after significant input from an array of voices -property owners, workers, pedestrian safety and environmental advocates.

The disposal of commercial waste is carried out by more than one hundred private carters zigzagging across the city. This system contributed to a series of environmental, labor, and pedestrian safety concerns.

Everyone agreed the existing system needed improvement. There was less agreement on the best solution to reform the process. For example, the Council initially proposed legislation aimed at reducing emissions and truck traffic by dividing the city into zones and only allowing one carter to service each zone.

This one-size-fits-all approach, however, would not have worked in practice. That proposal would have eliminated accountability along with the option for businesses to select a different carter if theirs isn’t up to par, ultimately hurting businesses in the long term. Businesses would have had no recourse to remedy poor service quality under such a proposal.

Worse still, if only one carter serviced each zone, it’s not hard to imagine what would happen if they suddenly weren’t equipped to handle the unique waste needs for every building in its zone: an immediate drop in service and the potential for mountains of waste lining the streets.

While the proposal was clearly well-intentioned, it critically failed to address the diverse needs of businesses across the city, particularly for office buildings with many tenants and, as a result, considerable amounts of commercial waste.

When a similar proposal went into effect in Los Angeles, for example, it resulted in skyrocketing prices, increased illegal dumping, and harm to businesses.

To its credit, the Council heeded those warnings and amended its approach.

The legislation has now been passed addresses several environmental and safety goals while also ensuring that all businesses will have the ability to choose from multiple carting companies.

Furthermore, the legislation allows businesses that use containerized systems to manage their waste to choose from a broader array of carting companies.

For these reasons, we concluded that this new law is, on balance, a measured middle ground that would achieve the same critical safety and environmental benefits we all share, while ensuring that waste collection companies are incentivized to provide high levels of customer service.

While the Council’s initial proposal would have created a monopoly in each zone, the final version of this law will protect competition and allow a business to choose a different carter if its needs aren’t satisfied.

On top of that, this new law will cut current greenhouse gas and other air pollutant emissions from commercial waste collection by as much as two-thirds and would reduce traffic by 60 percent.

The importance of meeting those goals was not lost on our members, either. A greener, less-congested city is better for business.

We will monitor what impact the restrictions will have on competition. With that said, we believe that this competitive zone plan is a major step forward for the businesses, residents and workers of New York City.

It is important to note the leadership displayed by Sanitation Commissioner Kathryn Garcia and City Council Sanitation Chair Antonio Reynoso in crafting this agreement. While we did not always see eye-to-eye, they always provided us and other advocacy groups involved with the issue with a fair hearing and a thoughtful response.

We were proud to work with a diverse coalition in support of a law that will, we think, have a positive impact on the lives of New Yorkers for many years to come.

Clothing for closings: Stylist advises agents how to dress for success