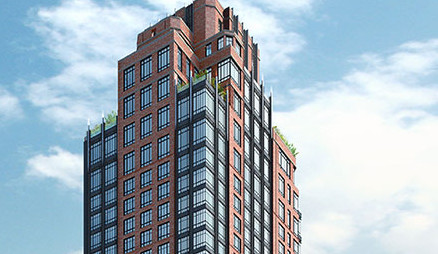 Extell tunes into Upper East Side living with The Kent

Extell Development is dialing down the opulence with The Kent, a 23-story condo building on the Upper East Side.

The property, located at 200 East 95th Street, is Extell’s outreach to the lower end of the ultra-high net worth buyer pool.

While pricing is more susceptible to gravity compared to other Extell projects such as One 57, the project is not short on superlatives.

“The Kent transcends being just a building – it’s a lifestyle. From the extensive amenity package that features three levels of curated indoor and outdoor amenities, to the top-of-the-line luxury finishes and gracious floor plans, living at The Kent will be a coveted experience,” said Jane Klaris, the senior sales executive for The Kent.

The luxury tower was designed by Beyer Blinder Belle, which also worked on other Extell projects, such as the Carlton House at 680 Madison Avenue and 70 Charlton Street.

According to Klaris, the building’s design “will anchor the neighborhood” and serve as a tribute to Art Deco architecture. 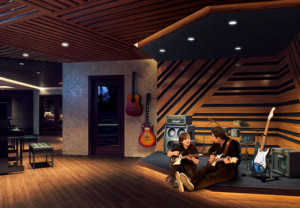 “The Kent is bringing a Park Avenue look to Third Avenue. When the project was being planned, the objective was to create a building that offered the best of Upper East Side living. The design was inspired by the classic architecture of pre-war Park and Fifth Avenue buildings, but with more space and amenities, making this the perfect residence for today’s modern family,” Klaris said.

“The Kent’s façade incorporates traditional materials of brick, limestone and metal, interwoven with contemporary details that are rich in materiality. It was important for them that the façade not only echoes the Art Deco and Park Avenue buildings from the 1920’s, but also reflects the way people want to live today.”

Inside the homes, future residents will live their lives with Champalimaud interiors serving as their backdrop. The firm, which has designed interiors for hotels such as The Carlyle and the Waldorf Astoria, brought “bespoke elegant designs” into the project.

“They approached the design for The Kent with a stately, Park Avenue perspective, incorporating classic elements such as charming foyers to welcome both residents and guests, formal living and dining rooms with sophisticated details, and gracious kitchens and bathrooms.

The design is inspired by the richness, eclecticism, and boldness of the Art Deco style, refined with modern aestheticism,” Klaris said. 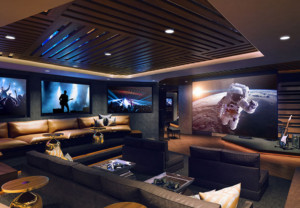 While The Kent promises otherworldly elegance, early publicity for the project has centered on an add-on with a rock ‘n’ roll touch.

The marquee amenity for the building is the Sound Lounge, a performance space designed by Lenny Kravitz. The space was built to rock star specifications, which in this case, meant professional quality amplifiers, guitars, a drum set and a piano. It also contains TVs and a projection screen for playing video games and movie screenings.

According to Klaris, Kravitz was the man for the job because of his “music background and his knowledge of the right materials, colors, and equipment to maximize creative expression, music practicing, and relaxation.”

HAVE YOU HEARD? Level Group has Inside Information; The beat goes on at City Connections