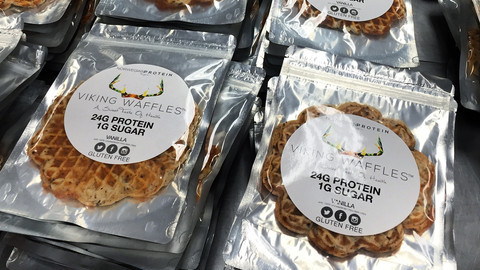 Eastern Consolidated has arranged a five-year, 1,250 s/f ground floor lease at 137 Avenue C in the East Village for Viking Waffles, which will be operating its wholesale manufacturing business in the space.

Additionally, the company will continue to sell Viking Waffles online and at a number of Manhattan locations including Barry’s Bootcamp and local markets, and health food stores.

“This space in the East Village is an ideal location for a production facility because it’s near the Manhattan health clubs and retailers where Viking Waffles sells its delicious ready-to-eat healthy snacks,” Famularo said.

“Viking Waffles are all-natural, gluten free, and packed with 24g of protein and only 2g of sugar, so this is perfect for health-conscious New Yorkers.”

Unlike Belgian waffles, Norwegian waffles are thinner, softer, fluffier, and small enough to make a snack on the go.

Honeybrains, world’s first cafe for the mind, opens in Noho