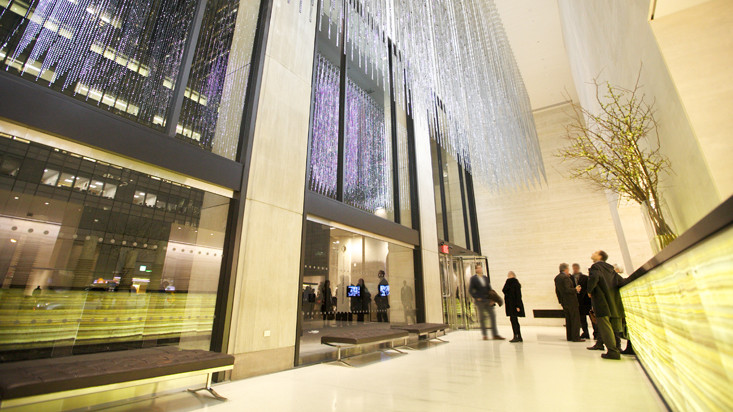 Durst signs trio of renewals at 1133 Avenue of Americas

The Durst Organization announced that Olympus Holdings, Health Management Associates, and Treliant Risk Advisors, have renewed their leases at 1133 Avenue of the Americas.

Olympus Holdings signed a five year lease and will be moving to 3,345 s/f on the 27th floor.

Health Management Associates, formerly a subtenant at the building, signed a seven years for 11,700 s/f on the 6th floor, more than tripling their square footage at the building.

“We pleased Olympus Holdings, Health Management Associates, and Triliant will continue to be our tenants at 1133.” said Jonathan (Jody) Durst, President of The Durst Organization. “It is especially pleasing when a tenant first comes to one of our properties as a subtenant and wishes to keep their offices in the building when their lease expires. Our leasing team worked with Health Management and Triliant to find the optimum spaces within the building that met the needs of their growing companies.”

Treliant was represented by Greg Taubin of Savills Studley. Romeo and leasing associate Lindsey Ravesloot handled the deal for Durst.