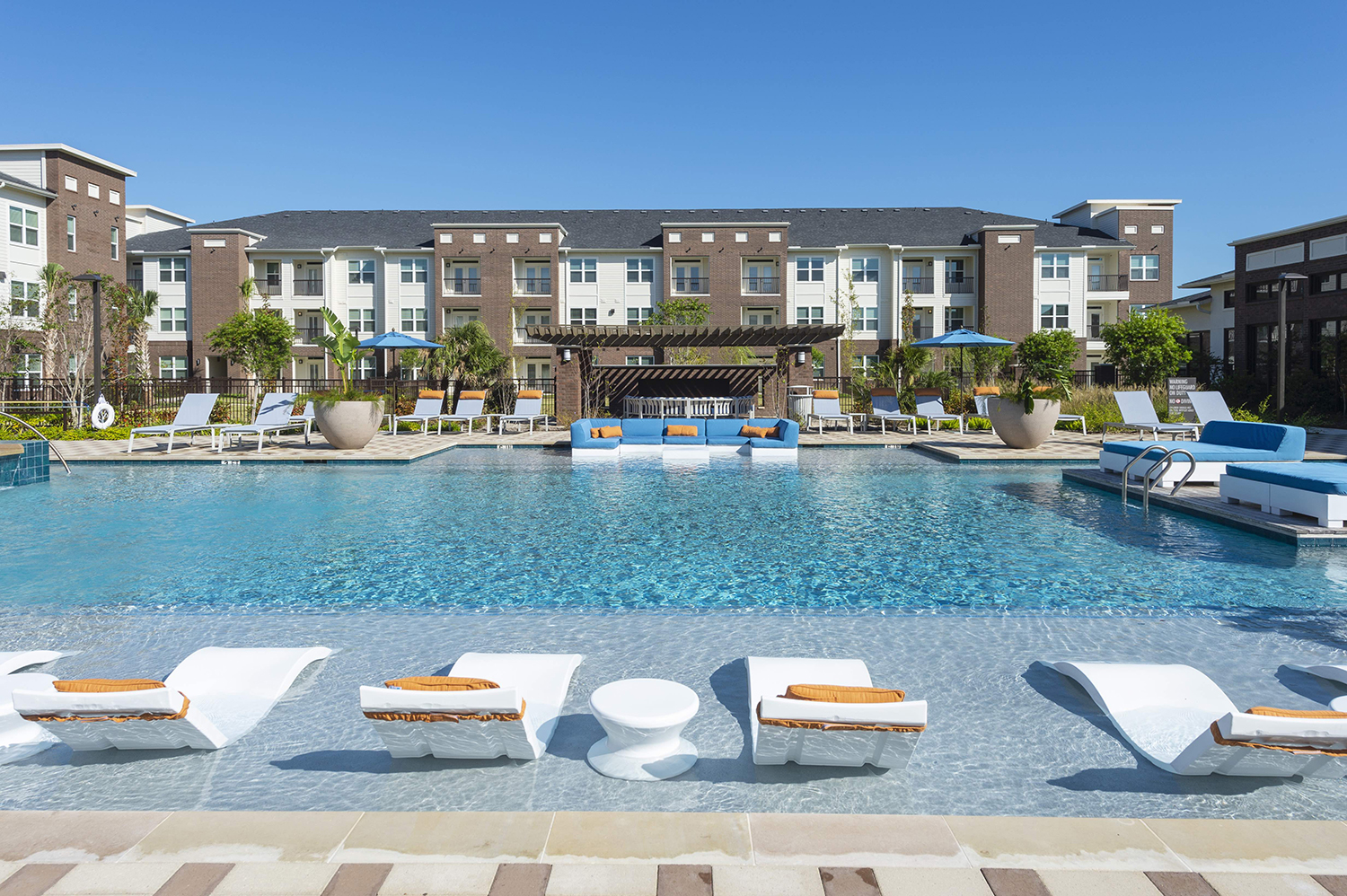 DLP Capital, a private real estate investment and financial services firm, today announced its acquisition of Domain at Morgan’s Landing, a 350-unit multifamily complex in the Houston suburb of La Porte. The acquisition was made in partnership with Elevate Commercial Investment Group, a real estate investment firm focused on acquiring value-added multifamily assets that can be repositioned. According to the U.S. Census Bureau, the broader Houston area saw the third largest increase in population growth in the U.S. last year, trailing only Dallas-Fort Worth and Phoenix areas. Strong household formation and net migration have fueled record-high apartment demand, especially in suburban areas where renters seek out larger, affordable apartments. Capitalizing on this unprecedented demand, DLP Capital has invested close to $500 million in multifamily in greater Houston in the last 12 months, focusing on apartment properties that offer affordability to America’s working families.

“We continue to see an urban exodus by families seeking to enrich their lifestyles with more living space, amenities, and affordability, and Morgan’s Landing checks off those boxes and more,” said Don Wenner, founder and CEO of DLP Capital. “We are bullish on suburban multifamily in Texas in general, as vacancy rates compress to near record lows—but our sweet spot is the affordable segment where we can really make an impact on the lives of our residents.”

Domain at Morgan’s Landing, built in 2021, is in southeast Houston at 3300 Bay Area Boulevard. The property is located in an industrial-rich sector that includes the nearby Port of Houston, NASA, and the international Hobby Airport, among other industries of note. Situated on 18 acres, the Morgan’s Landing complex features 13 three-story, garden-style buildings containing one- to three-bedroom units. Complex amenities include a resort-inspired pool with sundeck; athletic club; movie screening room; lounge with billiards, shuffleboards, and poker table; pet park; and a popular outdoor beer garden complete with firepit and grilling stations, among other amenities.

“There is a deep job base surrounding Morgan’s Landing, and we’re confident the exceptional amenities of this property, combined with our strong asset management track record, will easily attract residents and position a swift lease-up,” added Jorge Abreu, co-founder and CEO of Elevate Commercial Investment Group.