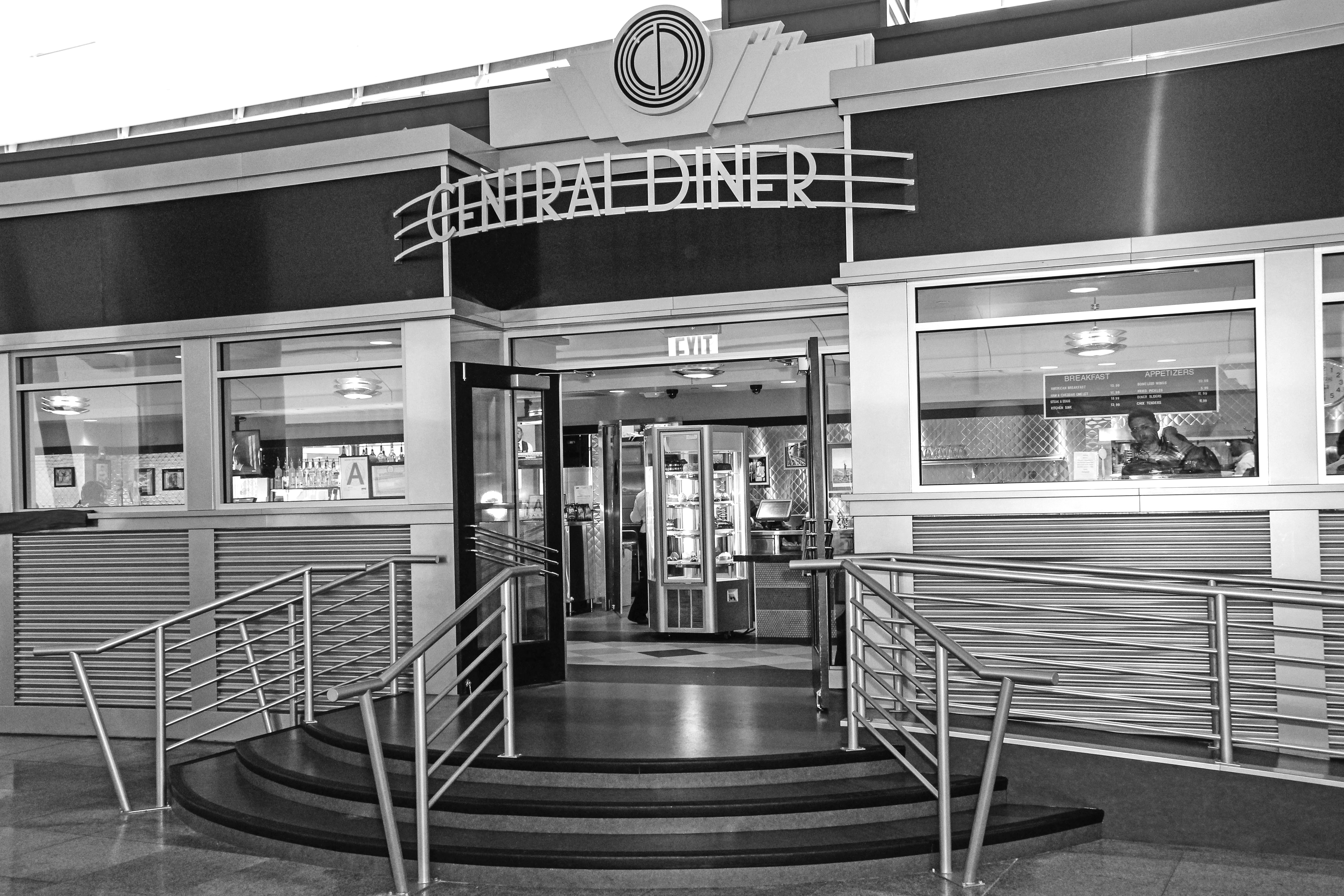 Sitting on 4,000 s/f, Central Diner is a 1930’s inspired restaurant. The only diner to operate at any of New York City’s airports, the Central Diner is the only pre-security sit-down dining option at the terminal.

It features a traditional service counter surrounded by banquette, booth and patio seating. A take-out window is also available to customers on the go.

“This is only the latest of our ever-expanding effort to make Terminal 4 the true terminal of choice,” said Gert-Jan de Graaff, president and CEO of JFKIAT, LLC. “As we near the completion of the Terminal’s expansion, Central Diner will deliver to travelers as well as non-travelers a food option never before offered at JFK.”

“SSP America is proud to bring an innovative brand concept to JFK, one of the most important gateways to the world,” said Les Cappetta, SSP America President and CEO.

Terminal 4 is home to 30 international and domestic airlines with an annual passenger volume approaching 17 million travelers.

The Central Diner is the latest addition as part of a $28 million food makeover in response to the wider $1.4 billion expansion project for Delta Air Lines currently underway at the terminal.