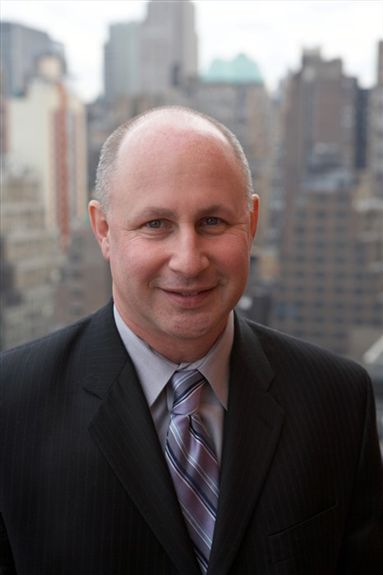 Larry Ross, a Long Island native, was not born with a passion for Real Estate. Raised in a family of doctors, it was not until his days as an undergraduate at University of Maryland that Ross found himself enamored with being a broker.

“I did an internship for Balcor-American Express’s limited partnership and syndication subsidiary in 1985,” Ross told Real Estate Weekly. “We put together seminars for potential (real estate) investors and got them interested.”

The small taste of the real estate world was enough to spark a three-decade career that has seen Ross negotiate over $1 billion in investment sales transactions to date, navigate long stints at the firms of Winoker Realty and Besen & Associates, and eventually launch Highcap Group alongside Josh Goldflam and Christen Portelli.

During his climb upwards, Ross spent his first years as a broker playing an integral role in the development of the West Side of Manhattan. “I was very involved with the West Side office buildings. I sold a lot of those at the time.”

Comparing the area to the “Wild West,” Ross told Real Estate Weekly that the neighborhood was a volatile but fertile landscape for a young broker looking to build his reputation.

“It was around the time of the first .com boom. A lot of the buildings were still industrial properties. A lot of those buildings started being upgraded and converted. The area was still pretty rough at the time,” he said.

After cutting his teeth in the aftermath of America’s first forays into a digitally run-world, Ross soon learned that there was more to solidifying a career than racking up a high tally of transactions.

“One thing that most agents in this industry don’t understand is that it’s a relationship driven business. I think the ones that get that right away are the ones that become successful,” Ross said. “It helps you with longevity.”

“When I first came into the business that was something I didn’t quite get,” he said. “Building and maintaining those relationships, it’s just something that comes over time.”

The relationships that Ross forged would carry him to a 13-year run with Besen & Associates as well as a new cutting edge project.

A venture that he now labels as “a little too far ahead of the curve,” PropertyRover.com was founded by Ross in the late 1990’s. A search engine that allowed users to quickly search available properties, the site “had a great run from 1998 to 2008 before it was sold,” according to Ross.

“It was pre StreetEasy, pre Trulia, pre Zillow,” said Ross, adding that it would likely have been a bigger success had it launched after the internet became further embedded in the day-to-day lives of potential users.

Despite moving on from Property Rover, he did not shake his entrepreneurial drive. When the overall economy and housing market began to teeter in 2008, Ross saw an opportunity.

“At some point, I felt that I had been in this long enough,” Ross said. “I’d like to have my own shop, my own firm.”

“We just felt that with the market taking a downturn it was a good opportunity to launch the business. We thought a more strategic broker operation would better weather the storm.”

After only a few months of planning, Highcap group was born.

Now both a broker and the managing principal of his own outfit, Ross is quick to admit that his perspective on the business has been altered.

“It’s definitely a little bit of a different perspective. You’re still doing the same thing you’ve done but now you’ve become more of mentor and you’re running the company,” said Ross before adding that he now understands where some of his former bosses were coming from.

“Now I’m the one that has to have patience and find the solutions,” he said with a laugh.

“Our goal here at Highcap is to maintain focus and bring an entrepreneurial approach to every sale. To stay involved with the agents (15) in our office and help them to be successful.”

The sale of 375 West Broadway, the Anthropolgy Building, was Highcap’s first marquee transaction according to Ross. The 55,000 sq. ft. space moved for $81 million.

After that, the company began selling debt on properties such as the Crescent Club in Long Island City and today the group has an impressive amount of irons in the fire across the five boroughs.

Ross said that Highcap will continue to focus on the entire city but he labeled Brooklyn’s Bushwick as a neighborhood to keep an eye in the very near future, labelling it as one of the “hottest areas.”

He also expects a lot of activity “down the road” in East New York.

Wherever the hottest neighborhood is at a given time, Ross firmly believes that New York sets the bar for every other market on the globe.