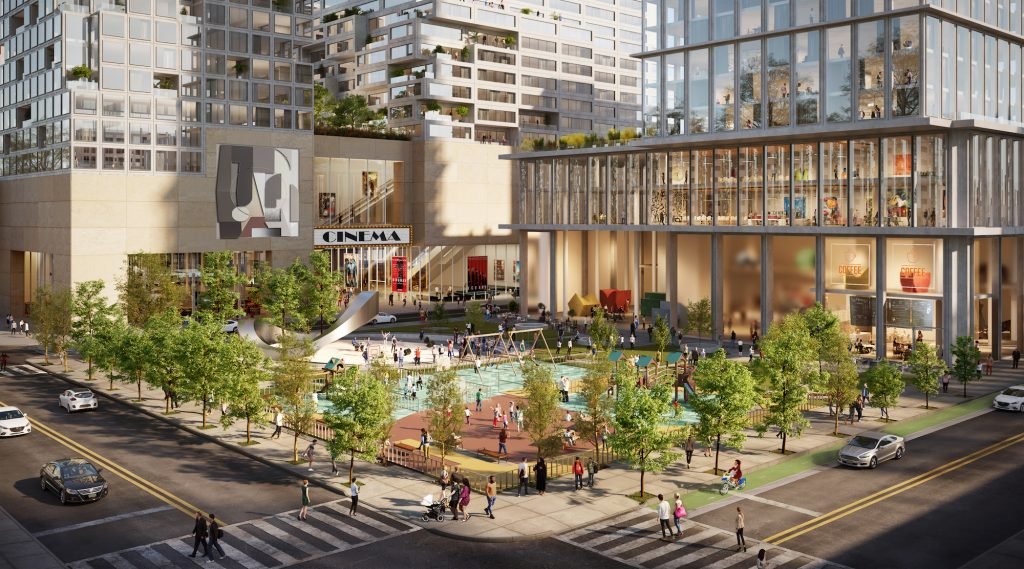 A consortium of city developers and investors have released a working plan to create a $2 billion mixed-used community in Astoria, Queens.

Dubbed “Innovation QNS,” the development would be centered on five blocks at the intersection of Steinway Street and 35th Avenue.

The plan includes 2,700 units of mixed income housing – some 700 of which will be permanently affordable – as well as 200,000 square feet of neighborhood-serving retail and 250,000 square feet of space for the city’s creative industries and other small businesses.

The development team has retained Inside Track to devise and execute a M/WBE and workforce development program for the initiative.

The developers have said they will continue to engage the community to refine the plan, hosting a series of interactive workshops to solicit input on various components of the plan including the programming of the open space.

Larry Silverstein, chairman and founder of Silverstein Properties, said: “I’m very excited by the opportunity to work with such great partners and local stakeholders to reactivate this part of Astoria as a district that will improve the quality of life – not just for the people who will live, learn, shop and visit there, but for everyone who currently lives in the immediate surroundings.”

“The havoc created by COVID-19 hit Queens harder than any community in the nation,” said Tom Grech, president of the Queens Chamber of Commerce. “As we look to rebound, the partnership behind Innovation QNS is well positioned to contribute meaningfully to our recovery, as its partners have led historic revitalization initiatives before, including here in Astoria.

“To ensure our communities emerge from this crisis stronger than before, I would encourage all to support this effort to revitalize a key economic corridor in Western Queens along Steinway Street. “

The partnership is working with the Department of City Planning to advance the plan with a goal of beginning public review in 2021. Construction could start in 2023 with an initial activation in 2025.

“This is exactly the kind of bold thinking and neighborhood-focused investment that is needed to jumpstart Astoria’s recovery, and we look forward to working collaboratively with our neighbors to build on the community’s many strengths in creating a vibrant, walkable, interconnected 21st century district in the heart of Queens,” said Chuck Berman, co-founder and managing principal of BedRock Real Estate Partners.

The developers are working with architecture firm ODA on the plan.

He told the local Queens Eagle, ““We need to be thinking about what more we can do for the working people of our community. Instead, this proposal envisions luxury towers, some as tall as 26 stories, surrounded by two- to six- story buildings, oblivious to the dire economic times we are all in.”