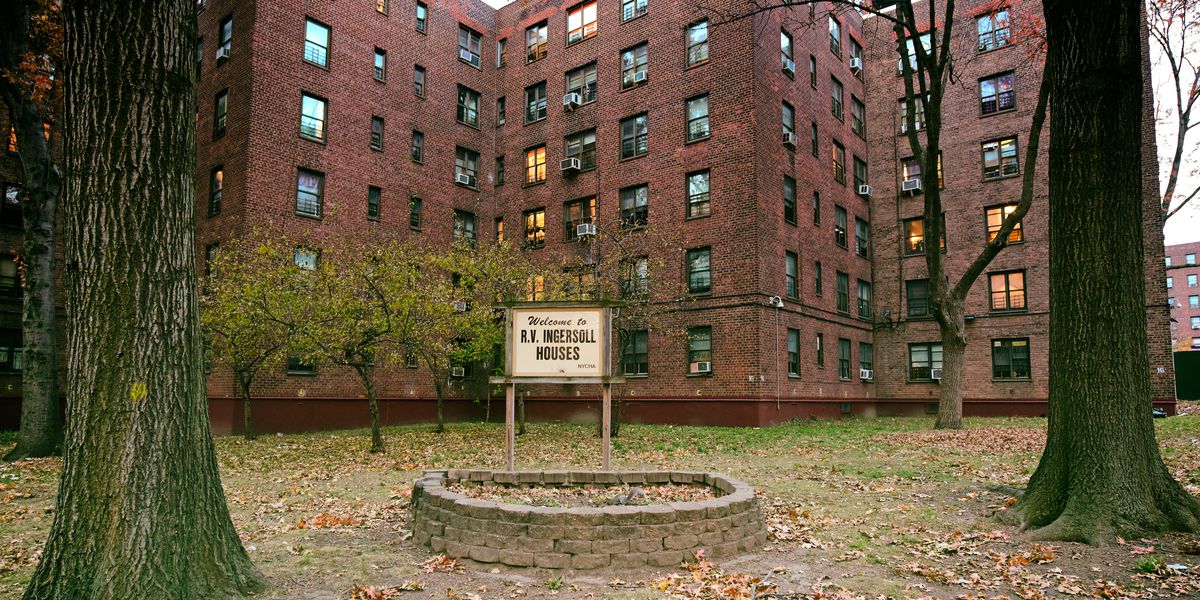 Madd Equities and Joy Construction have renegotiated financing for their new DoBro apartment development after buying NYCHA air rights that will let them build bigger.

The developers acquired the 115,00-0 s/f self storage site at 202 Tillary Street in Downtown Brooklyn for $30 million last year and announced plans for a 235,000 s/f residential building.

However, under the city’s Transfer to Preserve program, the JV later acquired 90,634 s/f in an air rights transfer from nearby Ingersoll Houses. In exchange, the developers will carry out almost $25 million in repair work at the NYCHA development.

And the deal will allow them to build over 400,000 s/f at 202 Tillary. Madd Equities and Joy Construction will create up to 400 units in two towers, 25 percent of which will be set aside as affordable at or below 60 percent of the area median income—approximately $45,000 per an individual.

Brad Domenico of Progress Capital originally arranged a $30 million loan from Natixis (senior) and Libremax Capital (mezz) for the acquisition in 2018.  When Jorge Madruga and Eli Weiss had the ability to purchase the additional acreage and air rights from NYCHA, Domenico went back to Libremax, who upsized their mezz position by advancing an additional $22 million.

“I always tell my clients that relationships are often more important than rate shopping, especially when it comes to development.  This is a perfect example of how the Maddd Equities and Joy Construction relationship with Natixis and Libremax allowed for this acquisition during COVID.”

Previously, NYCHA has leased its land to private developers for infill development. Under the Transfer to Preserve program it can still raise money without selling off its land.