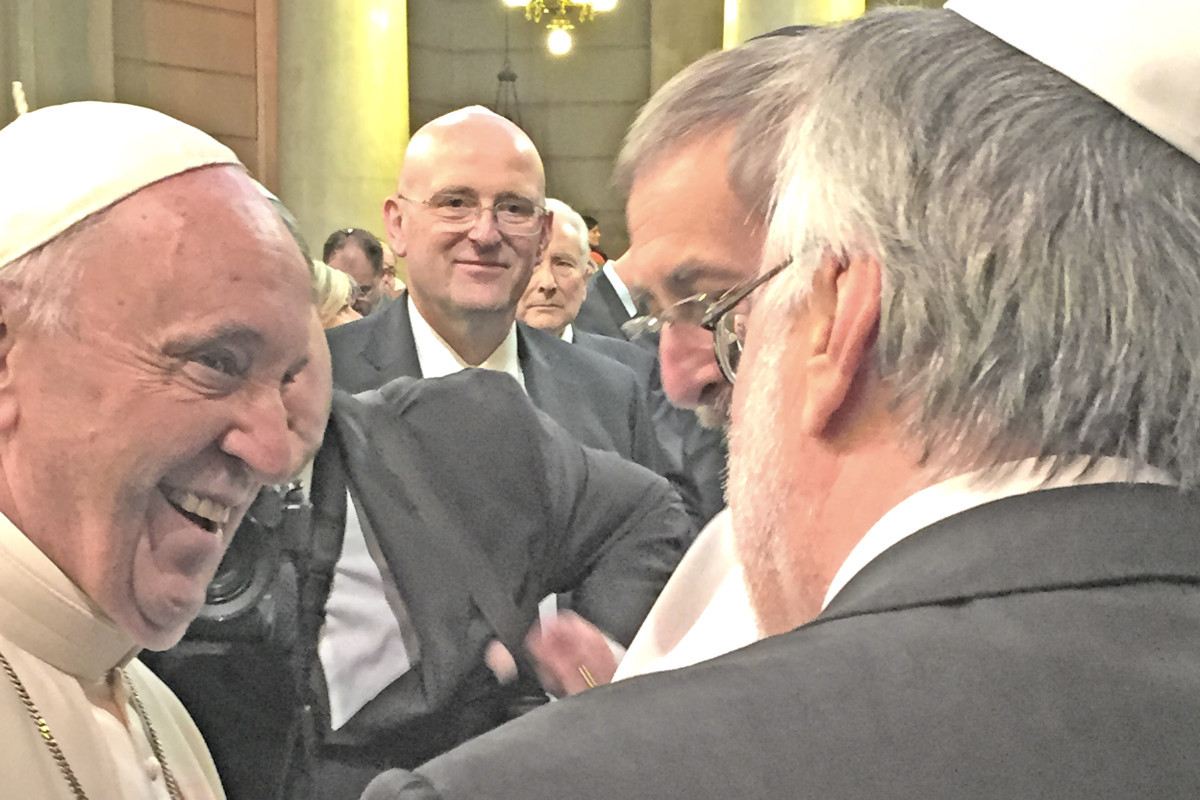 Elie Hirschfeld, owner of Hirschfeld Properties, attended a ceremony at the Synagogue of Rome last month while he represented Park East Synagogue.

“Park East Synagogue Day School has educated my children for many years,” said Hirschfeld, who is close friends with Rabbi Arthur Schneier, the Senior Rabbi of that temple. Schneier is internationally known for his leadership on behalf of religious freedom, human rights and tolerance via The Appeal of Conscience Foundation.

“The Appeal of Conscience Foundation is a marvelous effort to bring together people of different faiths with a common respect for each other,” Hirschfeld said. “There’s so many attributes of that organization.

“Just recently it was very heavily involved in getting the United Nations to accept as an official holiday Holocaust Remembrance Day. There’s few nations that observe that — of course Israel does — so for the UN to accept that as an important date is a great accomplishment.”

Schneier’s work earned him an invitation to a special ceremony which was attended by Pope Francis, but due to health reasons he asked Hirschfeld to attend in his stead.

“It was very unique,” Hirschfeld told Real Estate Weekly. “The pope had just written a book that came out two days before his visit to the Great Synagogue of Rome. I had an opportunity to read his book and that gave me all the more interest in being in his presence because his book evidences a truly great man with a great spirit and a great heart. His book (focuses on) the concept of mercy and the ultimate level of kindness for other people.”

The Pope’s visit held historical significance. According to Hirschfeld, only three popes in history have visited this particular synagogue, despite the fact that the Vatican is “just a short walk” from it.

“The Pope was received in the synagogue where some 1,200 congregants were seated,” said Hirschfeld.  “I expected a procession upon his entrance, but rather the doors opened and there stood, two people: The Pope and The Chief Rabbi of Rome. It was quite a symbolic image. These two men, shoulder to shoulder with no one entering around them and walking down the aisle and meeting congregant after congregant.

“You could feel a good decent man,” continued Hirschfeld. “There’s a facial expression that’s warm and comfortable and considerate and gentle. That feeling emanates from him.”

“The Pope wanted this visit to be a visit by the Pope to his neighbors, the Rome Jewish community,”
Hirschfeld who had a brief one-on-one moment with the Pope before the ceremony began, added, “This is not a world view event. In the synagogue there were no non-Romans except a very few.”

Park East is the sister synagogue of The Great Synagogue of Rome and it was the one temple that Pope Francis stopped at during his recent visit to the United States.