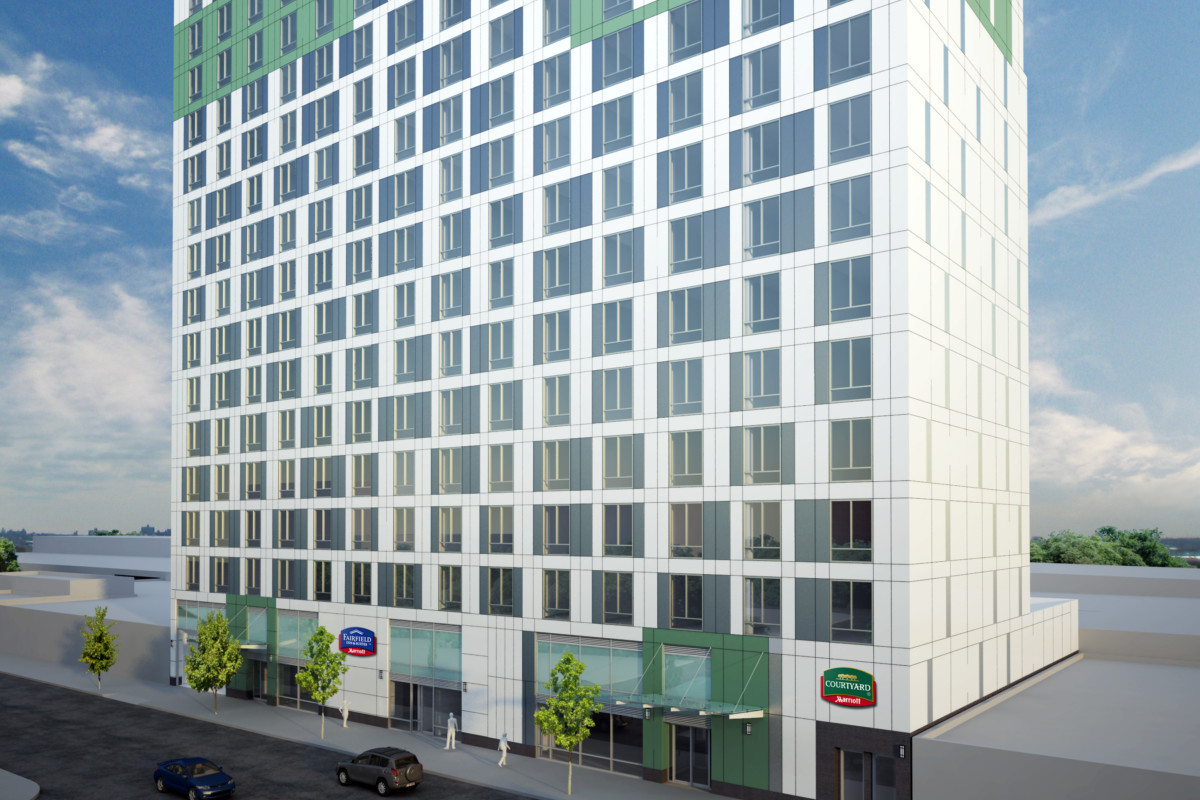 The mortgage is a non-recourse acquisition loan with two one-year extension options. Xu, who heads United Construction and Development Group, is looking to build a 15-story, 203,800 s/f building at 148-18 Archer Avenue in Jamaica, Queens. The tower will be divided between two Marriott hotel brands – Marriott Courtyard and Fairfield Inn & Suites. The Courtyard part of the building will contain 224 rooms. Meanwhile, the Fairfield Inn portion will have 114 rooms. The tower is expected to be completed later this year.

“By highlighting the client’s strong track record in development, construction, and hotel management to lenders, we were able to negotiate a favorable loan structure and competitive terms despite the tight hotel lending environment,” said Morris Betesh, a former Cushman & Wakefield executive. Betesh and Omar Ferreira, a former Cushman & Wakefield Director, represented Xu in the transaction.

The hotel will be built on a parcel that Xu acquired for $22 million in 2014, according to a previous report from DNAInfo. The transaction was said to have been the largest for a Downtown Jamaica property in a decade. During the time of the purchase, the site, which was composed of two adjacent lots, contained a seven-story parking garage and several stores.

Earlier this year, Xu put the parcel back on the market for $60 million. He also plans to build a 160-key Springhill Suites-branded hotel at the site.