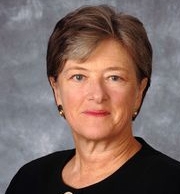 The Partnership for New York City, an organization of the city’s business leaders, announced the newest class of David Rockefeller Fellows, a group of 19 senior executives selected to participate in a year-long business and civic leadership program.

The 2014-2015 class of Fellows represents a cross-section of industries, including financial services, media, technology, fashion, and retail.

During the year, Fellows will have the opportunity to learn firsthand how New York City is run from top leaders in the private, public, and not-for-profit sectors.

Since its inception in 1989, the David Rockefeller Fellows program has cultivated a community of over 300 business leaders committed to the model of corporate civic engagement exemplified by the Partnership’s founding chairman, David Rockefeller.

“David Rockefeller has always been a champion of business engagement with government as the way to deal with the issues facing the city,” said Kathryn Wylde, President & CEO of the Partnership for New York City.

During the year, Fellows meet with top government and elected officials as well as with key private and civic sector leaders to discuss issues affecting New York City, ranging from health and education to infrastructure and technology. Fellows also get an exclusive look at the inner workings of the city through site visits and tours that have included: the MTA Command Center, Riker’s Island Correctional Facility, Con Edison Energy Control Center, the World Trade Center, Manhattan Family Court, and the New York Genome Center.

Each member of the class was selected through competitive process and must hold a key leadership position at a NYC-based company, have a demonstrated interest in civic activities, and be nominated by their company’s CEO. The 2014-2015 class of David Rockefeller Fellows includes: