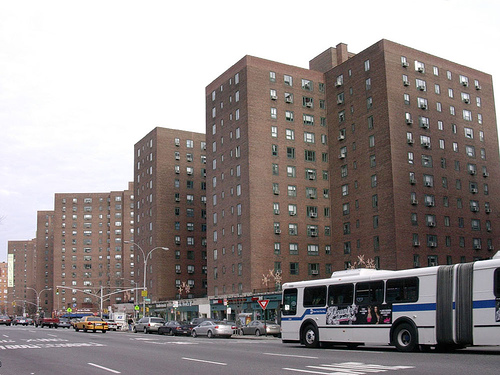 The units — which locals say will be a mix of studio and two and three-bedrooms — are being constructed on the site of a former management office on Avenue C.

In all, 11 new apartments will be built, some with terraces overlooking Avenue C, according to sources.

A spokesperson for CWCapital declined to comment on the apartments or the rents for the units. The office space on Avenue C was destroyed during Hurricane Sandy. Before that, the space had been  apartments, according to local council member Dan Garodnick.

Garodnick — who has been a key player in the development’s future — said he is monitoring the apartment development “to make sure the rents for the units are in compliance with the law.”

CWCapital, the financial services giant that holds the keys to Stuy Town, last month agreed to extend a deadline on talks to keep the apartment complex affordable. Since the doomed $5.4 billion sale of Stuy Town to Tishman Speyer and Blackrock in 2006, and its subsequent takeover by the special servicer to the loans, an estimated 5,000 apartments have become market rate.

CWCapital has also taken steps to sell the East River complex, taking title to the property in June and hinting that a sale would follow.