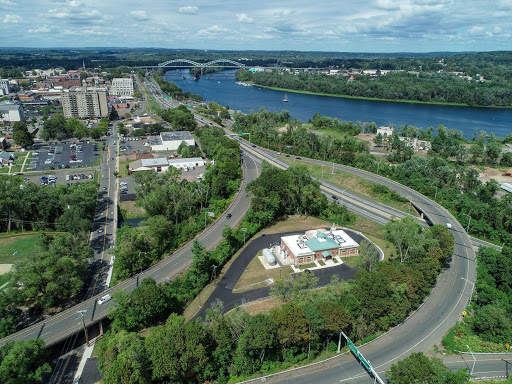 The City of Middletown, CT, has tapped an architecture and urban design team led by Cooper Robertson for is master planned riverfront redevelopment.

After reviewing 21 applications– the largest level of interest in a city project in recent history– the City has selected Cooper Robertson and its partners Langan, one of the nation’s leading engineering and environmental services firms, and Karp Strategies, a firm dedicated to community-driven economic development strategy.

“I am thrilled to be getting the riverfront master plan underway, and so excited for the work this community is going to do together with Cooper Robertson and team,” Mayor Ben Florsheim said.

“The level of talent, vision, and experience that they bring to the table matches the extraordinary potential and opportunity that exists on our riverfront, and their strong focus on community engagement will ensure that this will be a people-driven process leading to the outcome we all want: a riverfront that has something for everyone.”

In the coming weeks, the City will announce the beginning of the public engagement initiative to introduce the riverfront master planning team to the community at large, establish a timeframe and budget, and start the process of creating an action-oriented plan for the future of Middletown’s riverfront.

Mike Aziz, Cooper Robertson’s project director, commented, “Cooper Robertson understands the importance of putting the public and community at the center of the planning process, and we look forward to working together with residents and City staff to develop a riverfront plan that is sustainable in the broadest sense of the word – environmentally, socially and economically.”

Cooper Robertson managing partner Donald Clinton added: “This plan promises to be a powerful next step in realizing the potential of the riverfront to become a vibrant and accessible district, with major new open spaces and a broad mix of uses.”

Middletown official have been mulling the redevelopment of the five acres of city-owned land abutting the Connecticut River for several years.

Situated in a flood zone at 100 River Road, the site is home to an aging sewage pumping station. the City has long viewed a public park, even a public dock with walkways and play areas as an ideal option for the site.