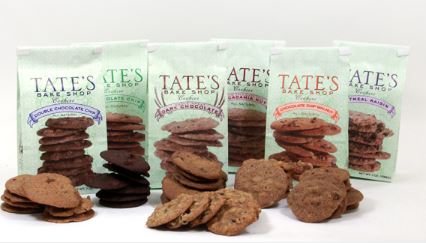 Tate’s domestic and international success has required the company to increase the size of its warehouse and distribution center, which will be expanded into the HBD’s newest building at 200 Roger’s Way.

“Before 200 Roger’s Way was completed, we were approached by Tate’s about its need for additional space at the Hampton Business District,” said Mitchell Rechler, Managing Partner of Rechler Equity Partners. “Tate’s success encapsulates exactly what the HBD has set out to accomplish—create the space that Long Island’s East End companies need to remain on the East End, generate a larger tax base, and provide new job opportunities for people in this area.”

In the spring of 2015, Tate’s moved its warehouse and distribution facility to the Hampton Business District and occupies 37,141 square feet at 220 Roger’s. Now, two years later, Tate’s is expanding once again and has signed a lease for an additional 16,256 square feet at 200 Roger’s Way — increasing the company’s distribution operations by nearly 50 percent.

“Business has been booming; people across the country are discovering the delicious taste of Tate’s cookies,” said Maura Mottolese, CEO of Tate’s Bake Shop. “Our relationship with Rechler Equity and the Hampton Business District has been instrumental to our company’s growth and ability to fulfill the increasing demand for our products. This brand was built with Long Island roots, and we don’t have any plans to change that. The HBD is at the perfect location for us—it’s in close proximity to our other facilities and provides the flexibility to continue operating at this location should this growth trend continue.”