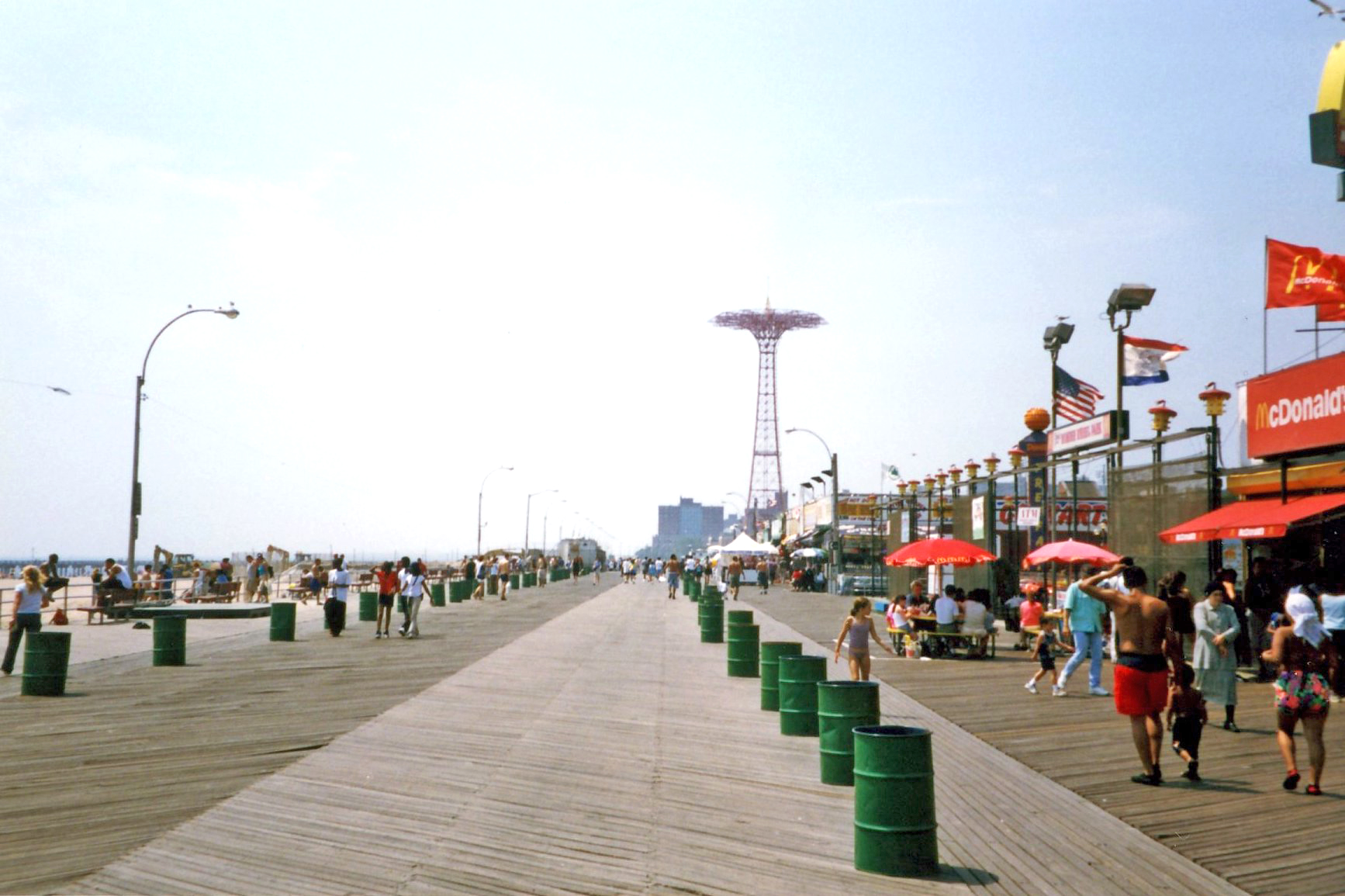 The New York City Landmarks Preservation Commission (LPC) has designated the Coney Island Boardwalk in Brooklyn a Scenic Landmark in recognition of its cultural and historical significance.

Since opening on May 15, 1923, the Coney Island Boardwalk has been one of the best-known waterfront promenades in the world, providing access to the beach, amusements, and ocean views.

Scenic landmark designation will protect the boardwalk’s presence along the beachfront and preserve this iconic site for future generations.

“We are so proud to designate the Coney Island Boardwalk a Scenic Landmark,” said Landmarks Preservation Commission Chair Meenakshi Srinivasan.

“The Coney Island Boardwalk is as much a part of the culture as it is a part of the history of New York City. It is a beloved public space that embodies Coney Island’s democratic spirit and reflects our City’s values of tolerance, inclusivity and equity.”

Named for Brooklyn Borough President Edward J. Riegelmann, who played a leading role in its creation, the Coney Island Boardwalk was part of a municipal plan to rejuvenate Coney Island and provide the opportunity for people of all economic and social backgrounds to freely enjoy the seaside and beach activities for the first time in New York City.

Designed by engineer Philip P. Farley, who also planned the public beach, and built in three phases between 1922 and 1941, the boardwalk extends 2.7 miles, from West 37th Street in Coney Island to Brighton 15th Street in Brighton Beach.

The first section of the boardwalk, between Ocean Parkway and West 37th Street, formally opened on May 15, 1923. Two years later, the boardwalk was extended 4,000-feet east, to Coney Island Avenue, and under Park Commissioner Robert Moses, an additional 1,500 ft. to Brighton 15th Street in 1941.

The Coney Island Boardwalk, an attraction, in and of itself, also enhanced existing amusements in the area such as The Wonder Wheel, landmarked in 1989, which illuminated the boardwalk and became a beacon in the skyline.

The Cyclone roller coaster, landmarked in 1988, was constructed not long after the boardwalk opened. Later, in 1941, The Parachute Jump from the New York World’s Fair (1939-40), landmarked in 1989, was brought to Steeplechase Park, adjacent to the boardwalk at West 16th Street. Rising 250 feet, it remains one of Coney Island’s most recognizable landmarks.