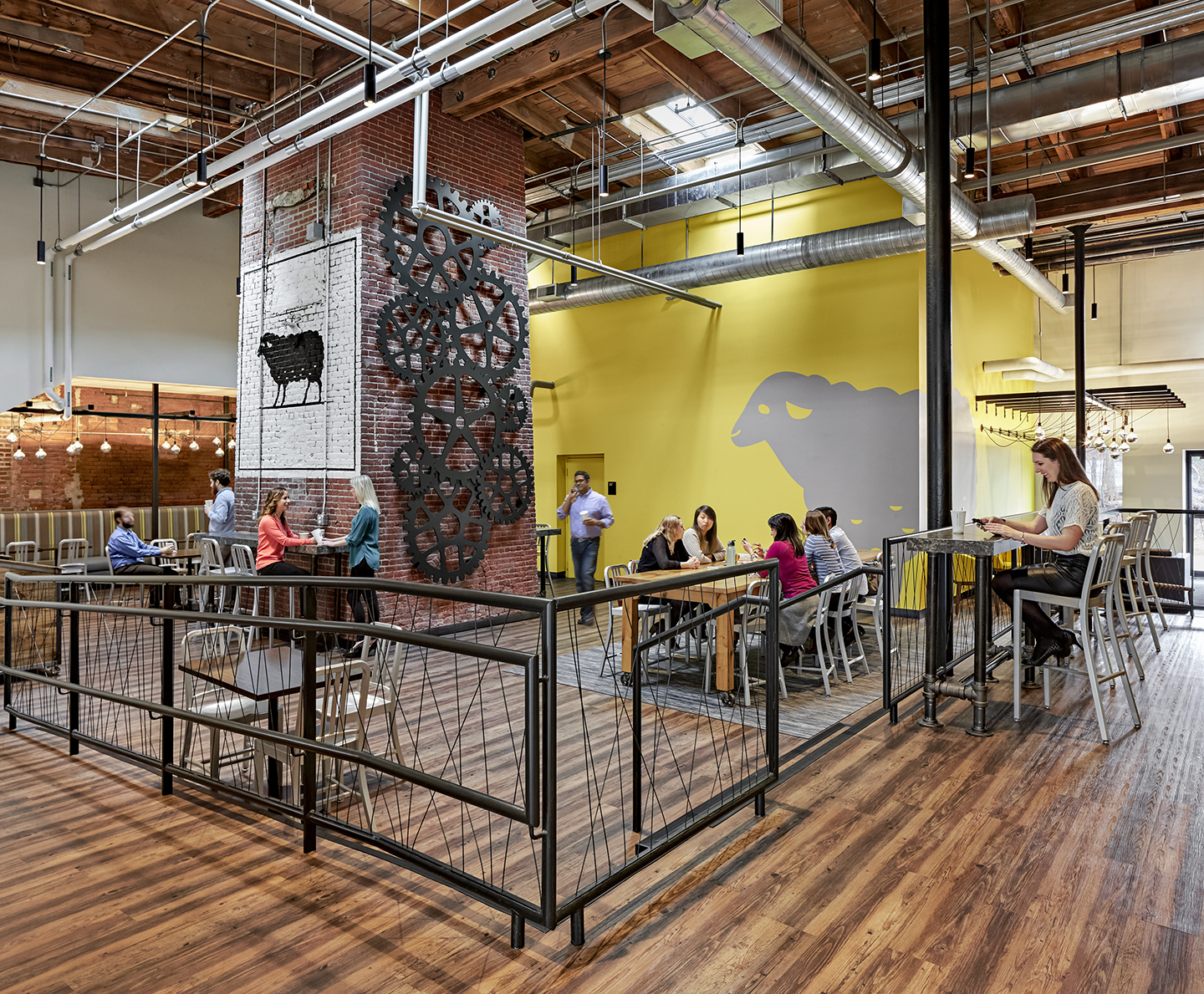 Coming soon to an office market near you

Are you ready for a futuristic workplace with eye and handprint scanners?

No more security personnel in the front lobby?

An office environment that looks and feels like your own home?

These were just a few of the topics covered at a recent New York City “Office of the Future” event hosted by Convene, which brought together over 450 industry leaders on both the landlord and high-growth tenant side.

Among the many highlights of the day-long summit, perhaps one of the most provocative conversations came about during the panel discussion “Building Upgrades: Making the Most of Older Building Stock.”

Conceivably, this could be because in the most densely populated cities around the country, the opportunity for new development is scarce. Manhattan alone boasts over 400 million square feet of commercial space, the majority of which has already been developed.

After World War II, there was a significant boom in new construction from the 1950s through the 1980s in cities like New York, Boston, San Francisco and Chicago.

However, many of these older buildings and their interiors haven’t been updated in years, and are offering developers, designers and landlords ample opportunity to reposition and upgrade their existing portfolios.

For Gabrielle Rubin Deveaux, senior director of corporate real estate & facilities at BuzzFeed, her team’s decision to move the digital media giant’s headquarters into 200,000 square feet of office space at 225 Park Avenue near Union Square made every bit of sense.

“This building was actually one of the few places that had room for us, and we loved the original architecture,” said Deveaux. “It’s a building that was erected in 1909. We took six floors. All the new amenities and features we brought into the space we married with the architecture.”

As a result of a major renovation to the 107-year-old building owned by Orda Management, Buzzfeed employees now enjoy a workplace with a new four-story glass staircase, canteen room, roof deck, terrace and various collaborative spaces, including a conference room designed like a living room. It’s not surprising that Facebook signed a 200,000 square foot lease soon after Buzzfeed moved in.

Haril Pandya, a fellow panelist, agreed with Deveaux. “The entire expectation of today’s office environment has changed,” said Pandya, who is a principal of the international design firm CBT and the leader of their Asset Strategy & Repositioning practice which focuses on renovating older, often historic office buildings. “The current generation of workers does not want to delineate between work and home because now it’s all about convenience and lifestyle. If the younger generation of employees lives healthy, smart, fun lifestyles and can control this type of environment at home, the workplace has to respond to that.”

Deveaux agreed, adding: “Tenants want to make their space reflective of their brand and culture. They believe that their workplace is their house and they want to feel there is ownership where they work.”

John Krush, managing director at Citigroup, described how his company’s employees like working in Tribeca, which is why management decided to stay put in their current Tribeca location. Aiming to keep the space relevant, Krush is overseeing the 2.5 million square foot renovation of their two buildings at 388 and 390 Greenwich, which are being combined into one headquarters.

“Because we are projecting a 25-year life span, future-proofing is incredibly important,” he said. “We are targeting LEED Platinum and are bringing in energy monitoring systems, while making our building technologically smarter and increasing amenity spaces for our employees so they are happy, healthy and productive.”

However, it’s not only the flashy new amenities, employee wellness programs and office conveniences that are leading workplace discussions these days.

“No one wants to see physical security anymore – the turnstiles, security guards,” said Michael Phillips, president of Jamestown. “When I look at the new workforce, you’ve lost them at the lobby. There’s no room for their bikes to even get into the office. Now we’re seeing more security measures on the floors themselves. Employee retinal scans might be coming in the near future.”

“Security and technology are really starting to take off. We are studying handprint scanners right now,” Krush added.

Perhaps Pandya summed the discussion up best, concluding: “The millennial workforce – and to some extent, future Gen Z employees – have spurred a nationwide movement that is dramatically changing how we think about the workplace in terms of office design and productivity. This is an exciting time for our field because there is tremendous opportunity to modernize many of these older buildings and really bring in that cool factor.”