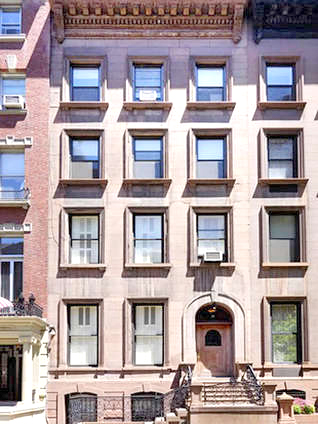 Mayor Bill de Blasio opened the doors to the 60th Annual Grammy Awards a little ahead of time this week.

The mayor was on hand to help cut the ribbon at 21 East 37th Street, the new local headquarters of The National Academy of Recording Arts and Sciences which runs the Grammys.

“This marks the first time the Academy will own our own offices and a real piece of the Big Apple,” said Recording Academy president Neil Portnow.

The music extravaganza is returning to New York on January 28 for the first time in 15 years.

The city reportedly spent two years in talks with the Recording Academy to bring the Awards to New York.

Although they have been held in the Big Apple several times since their inception in 1959, the Academy said rising prices was making it too expensive to produce them here.

At the ribbon cutting on Monday, de Blasio said, “It means, for us, that our extraordinary music scene is getting the recognition it so richly deserves. This is the biggest night in music returning to the musical capital of the world and that feels really good.

“We are so happy to have the Grammys where, in our humble opinion, they belong in this place where so much has been contributed. And that’s why we fought so hard and worked so hard to bring them back.”

Julie Menin, the commissioner of the Mayor’s Office of Media and Entertainment, is credited with much of the musical coup. She co-ordinated talks with the union and sponsors and created a host committee to help raise money for the event.

With the actual awards set for Sunday night, the city will roll out the red carpet for dozens of celebrities attending not just the awards, but parties and benefits all over town.

For music’s “Biggest Night,” Grammy winner and current nominee Rihanna will be performing alongside musical artists DJ Khaled and Bryson Tiller in front of the star-studded crowd