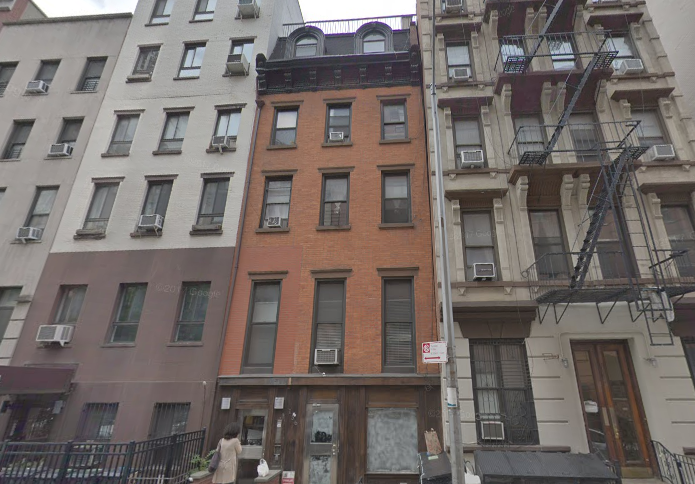 The Mayor’s Office of Special Enforcement is taking action against a Manhattan landlord who turned his four-story Chelsea walkup into a years-long Airbnb operation.

The OSE filed a lawsuit on January 22 citing the nine-unit building at 156 West 15th Street being used as an illegal hotel over at least three years.

The complaint lists Philip Baldeo as the managing agent of the building and Miguel Guzman as the person listing the units on Airbnb.com.

According to OSE investigations dating back to 2014, the agency found two apartments being rented illegally in August 2014 and six illegal units as recent as September 2017.

“If a landlord persists in illegal activity despite complaints from residents and violations from the City, then we will elevate our response to safeguard its rent-stabilized housing stock and protect New Yorkers and visitors from the dangers of illegal hotels,” Christian Klossner, the executive director of the Mayor’s Office of Special Enforcement, said.

According to state law, rentals that are less than 30 days in a multi-unit building where the tenant isn’t present are illegal. Yet, some landlords and illegal hotel operators will list these short-term rental units on the popular home-sharing website Airbnb.

The 5,560 s/f building was sold in October 2013 by Massey Knakal for $5.6 million as a mixed-use building with four one-bedroom apartments, five studios, and one single room structure with a vacant ground floor retail.

Over the years, the building was hit with at least 13 illegal hotel complaints, 23 building and fire code violations, three criminal summonses, and one advertising summonses, according to city records. The violations have racked up more than $11,000 worth of fines that have been imposed or paid off.

The case against the landlord of 156 West 15th St. is the eleventh lawsuit that the city has brought against landlords or operators of illegal hotels.

The issue is more prevalent in Chelsea where there are a great deal of Airbnb listings that threaten the existence of rent-stabilized buildings, according to local politicians.

The area’s councilmember and Council Speaker, Corey Johnson, said there should be “zero tolerance for illegal hotels.”

“In addition to depleting our housing stock, illegal hotels put lives at risk by flouting the basic fire and safety regulations that apply to hotels,” Johnson said. “This lawsuit sends a strong message to landlords across the city that we will not tolerate such practices.”