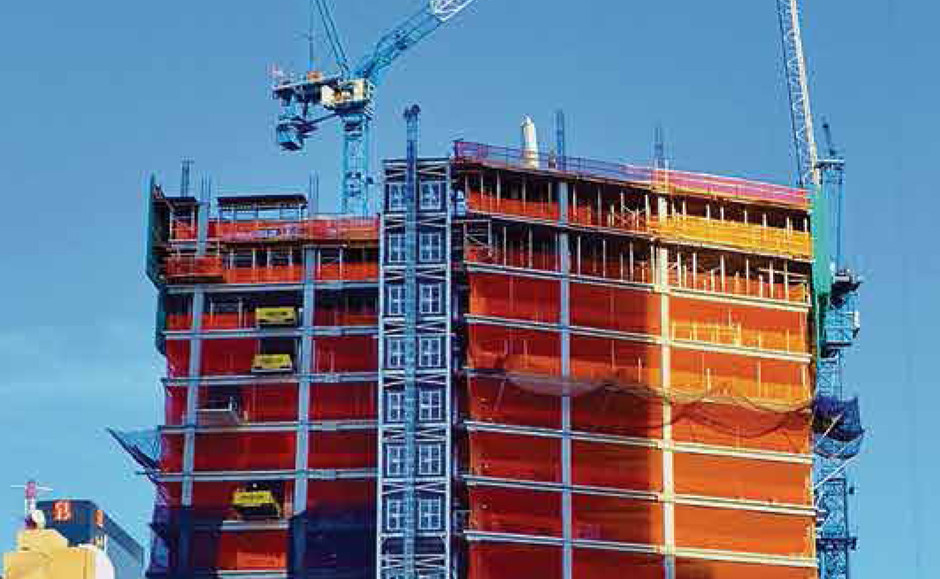 “From the very beginning of his mayoralty, Mayor de Blasio prioritized the building of affordable housing, and it is a tremendous credit to him and his administration that they not only achieved their goal, but are actually exceeding expectations,” said Carlo A. Scissura, CEO and President of the NYBC.

“The lack of affordable housing for New Yorkers is an emergent and worsening crisis. Members of the design, construction and real estate industry must continue to work with the Mayor’s office to remedy this housing shortfall and keep New York City a great place to live.”

Adding fuel to a debate over the levels of New York’s affordable housing is the recent revelation that Amazon will open up shop in Long Island City.

A recent report from Politico revealed Queens-based Plaxall, which owns land by Anable Basin where Amazon’s headquarters is slated, intended to seek approvals for nearly 5,000 housing units, 1,200 of which would have been affordable housing for lower-income residents by law.

Amazon’s proposal has already drawn the ire of some city council members and community groups who say the retail giant’s presence will worsen inequality.

Helping to drive the increase, says the NYBC, is the inclusion of tax incentives for developers which they say helped to build or preserve 79 percent of the city’s affordable housing since 2014. Article XI offered through the city’s Housing Preservation Department, which makes any company designed for the purpose of building low-income housing eligible for tax benefits, was the biggest driver, accounting for 28 percent of new or rehabilitated construction for low to extremely low-income residents.

While stock rises — 2018 was a banner year with the addition of more than 9,000 new affordable units — a crisis for New Yorkers seeking access to lower-cost living arrangements still looms large.

A report released by Comptroller Scott Stringer, shows that 425,000 apartments renting at $900 or less disappeared from the market between 2005 and 2017 while apartments on the higher end continue to explode. Apartments with a rent of $2,700 or more increased by 238,000 during the same period.

Among the factors exacerbating the shortage according to the comptroller’s report are an increase in population — 576,000 new residents between 2005 and 2016 — and the dissolution of rent regulated housing.