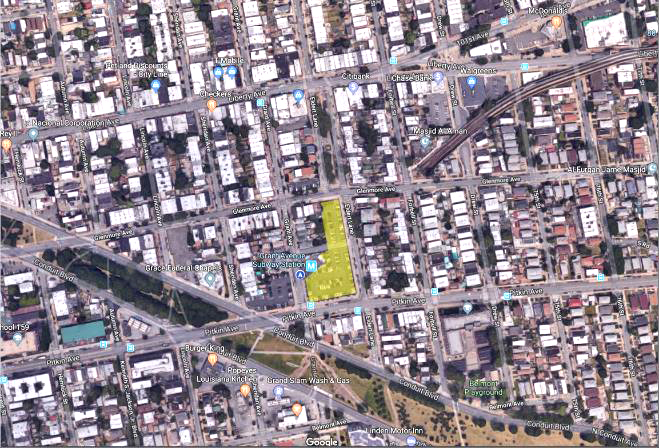 The city has issued a Request for Proposals (RFP) for the design, construction, and management of a mixed-income and mixed-use affordable housing development in East New York.

This is the first time in history that the City has required modular construction, a construction method the City is leveraging under Housing New York 2.0, to accelerate the development of additional affordable housing in New York City.

“As Housing New York 2.0 revs up the City’s affordable housing engine, innovations in building and design technology can help us move faster and smarter. The Grant Avenue RFP will be key to developing our understanding of how modular housing can work for the New York market,” said Deputy Mayor for Housing and Economic Development Alicia Glen.

The RFP seeks proposals to develop the L-shaped parcel made up of all Brooklyn Block 4223, Lot 1. The 49,397 s/f site runs along Eldert Lane between Pitkin and Glenmore Avenues with a portion along Grant Avenue adjacent to the MTA’s Grant Avenue A-train subway station. The site is a city-owned parcel under the jurisdiction of the Department of Transportation (DOT).

The project will be 100 percent affordable and preference will be given to projects that include a significant proportion of units that serve very low- and low-income households.

The designated project may include a community facility or commercial space and will bring revitalized open space to the area.

Community priorities, which are compiled and presented in a Community Visioning Report prepared by HPD, must be considered in developers’ proposals. The Report can be downloaded on the HPD webpage.
The site will be subject to a remainder interest agreement which will cause the ownership of the land to revert back to City control unless it remains affordable in perpetuity.

Deadline for submission to the RFP is September 10, 2018.